10 Players to get Kanu scholarship

Kanu Sports Centre will bankroll the scholarship of ten basketball players with $400,000 just as the annual Nwankwo Kanu 5-Aside football competition for higher institutions will get national spread next year.

The 10 players were picked among the 150 who converged at the Kanu Sports Centre in Owerri under the watchful eyes of various coaches and some scouts from America.

According to the chairperson of the centre, Lady Eby Atulegwu and the Managing Director of Papilo Group, Moo Mohammed Mustapha, the players picked, will get $40,000 each for their studies in the United States
of America as well as improve on their skills in the various schools.

According to them in a statement, the players were given the scholarship through the #Giving Back Initiative spearheaded by Africa footballer of the year award winner, Nkwankwo Kanu.

The top scouts from America, who were on ground to pick the talented players included, Goble Brandson Mark, Fatoki David Oladeji and Frazee Shea Thomas.

The players will be flying out of the country in four months time after the Centre and the scouts are able to secure them admission.

Meanwhile, the University of Port Harcourt was the double champions in this year’s Nwankwo Kanu 5-Aside football competition for higher institutions in some Southern States.

University of Port Harcourt won the male and female titles and the cash prize of N100,000 each.

According to the statement, the next edition will see to the extension of invitation to all the universities in the country as the Centre is committed to making the Nwankwo Kanu 5-Aside competition a national event.

The Centre expressed appreciation to all their sponsors and partners among them are Suntory Nigeria, Akuoyibo Foundation,Asteven Solar Energy, Guinness. The statement added that the support of the sponsors and the partners contributed to the success recorded in the previous editions and hoping for more cooperation from many others 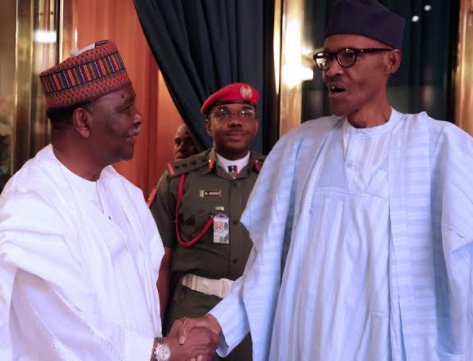 Buhari, Gowon, Others To Grace Oba Of Benin’s Book Launch

‎FG urged to resuscitate technical schools to reduce unemployment The federal government has been advised to urgently resuscitate all the grounded technical...

JIDE FASHIKUN: THE MORNING AFTER