The Federal Government will spend about N3 billion on Super Eagles for the FIFA World Cup tournament holding in Russia next year,

Dalung said the budget for the competition had been sent to the president for a special intervention.

Dalung said parts of the funds would be needed for training, stressing that his ministry would ensure that the government makes the money available.

The minister also stated that a very strong federal government’s delegation would be mobilised to Russia to support the Eagles and intimidate the team’s opponents.

“When you have a problem, for you to successfully address your problem,  you have to review the history of your problem. One of the challenges we have been having in sports administration, especially competition is the welfare of the players and the officiating team and we intend to set a new approach to the question of welfare.

“By March, we intend to start paying the players their allowances, camping allowances upfront. Now, that will go a long way to boost the morale of the players and confidence too. The new method of governance in football has taken the pattern of change. We will also ensure that there is unity within the football family. Because unity too is a key factor going by some of the reports we had in the past where poor performances were attributable to lack of unity between the family, the technical team,  the officials and the players. This unity has to be promoted.

“Finally, we will also ensure that government makes funds available on time.  That has been why the budget for the competition has since been sent to the president for a special intervention so that government can make provision for some of the funds we need for training now before other things can come up,” Dalung said.

Asked how much is needed to execute the project, he responded: “Well, we have a conservative budget of about N3 billion but out of that N3 billion,  FIFA is going to raise about N900 million,  our sponsors and partners are also going to put about N600 million, government will conservatively raise about N2 billion or N2.5 billion to compliment.

“This time, we also intend to mobilize a very strong federal government delegation that will support the team because sports is also about number. The number of people you have on ground can also give support to the players and intimidate.

“So, we intend to go with at least a good size of the federal government delegation to give the team support. We intend to make it more inclusive so that Nigerians will participate in this particular victory which Nigeria is going.”

On the level of preparation, he said: “After the groupings, Nigeria falls within Group D and we appear to be the underdog going by the ranking of the teams.  But I think ranking is more or less a paper job, what is very important is how you will perform and I believe that we are comfortable with the team because having tested Argentina which is highly ranked team in the group, we can say confidently that with good work, good training, good welfare for the players and team spirit, we will top that group going by the disposition of our national team.

“Some people had been arguing that Argentina did not present their best,  but we also have some players we didn’t invite and we also intend to invite them.  It is an issue that is going to be determined practically by the level of preparation of the Nigerian team. Don’t forget that the Nigerian team had enjoyed a formidable home support and they are inspired to deliver. So we will engage in more friendlies to try, determine our strength and areas of improvement before the final competition.”

Asked if there is any target for the team, the minister said: “Well, for now,  target remains within our strategy 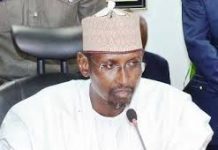 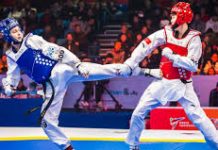 Sanwo-Olu, Hamzat, others to receive Certificates of Return March 27

2018 FIFA U-17 WWC qualifiers:Kenya pulls out over inability to raise...