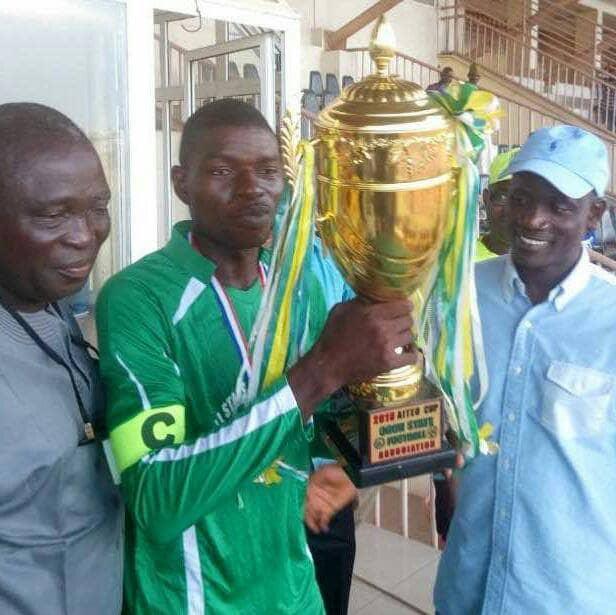 The Ogun state FA cup defending Champion, AllSTARS football club of Abeokuta have cried foul over their unlawful exclusion from the fixture of the teams that would participate at the 2019 edition of the state FA cup championship.

When our reporter sought to know from the management of AllSTARS why their name was not included in the fixture being the defending champion, the Chairman, Lawal Waheed noted that their exclusion came to them as a total surprise, however revealing that it was the handiwork of the state FA Chairman, Ganiyu Majekodunmi whom he said has been working so hard to undermine them.

He alleged that the FA had shown absolute disdain towards their club by doing everything within his power to undermine their progress in the state. He wondered why the FA Chairman would chose to single them out for such ill treatment by denying them their right.

Explaining further, Lawal argued that the state Football Association went about the process of stopping their participation by denying them of information regarding the registration process for this year’s FA Cup.

“We were deliberately denied information by the state FA on the registration process for this year’s Federation cup schedule. Letters were sent to proprietors, managers and secretaries of all the clubs informing them about the registration process for this year’s FA Cup schedule. But the letter was not sent to us and I want to challenge them to produce evidence of the copy of the letter sent us if ever they did,”

“Just to humiliate us further, the FA also committed an act of impersonation by referring to Remo Stars, (Feeders) as the defending champion of the Ogun state FA cup. You can go and verify this as the fixture is all over the internet,” He also alleged and lamented.

The obviously unhappy Lawal lamented further that their maltreatment in the hand of the Ogun State FA Chairman started last year when as Champions of the state FA cup, they were drawn to play 2018 National FA cup in the 1st round as against the tradition where state champions begin their National Federation cup campaign in the 2ndround while runners-up begin theirs in the 1st round.

“As Champions of Ogun state FA cup we were made to play the National Federation cup from the 1st round while Remo Stars that we defeated in the final took over our place by playing in the 2ndst round. These are part of the injustice we have suffered in the hands of these people and I cannot explain what actually we have done to them,”

Lawal noted that they have resolved to fight against the injustice and are now ready to take their case to the headquarters of the Nigeria Football Federation in Abuja with a view to getting justice,

“We will make our case known to them so as to know the injustice we have been facing in Ogun state. We believe that the NFF president is a man of justice and would definitely look into our case,” he concluded.