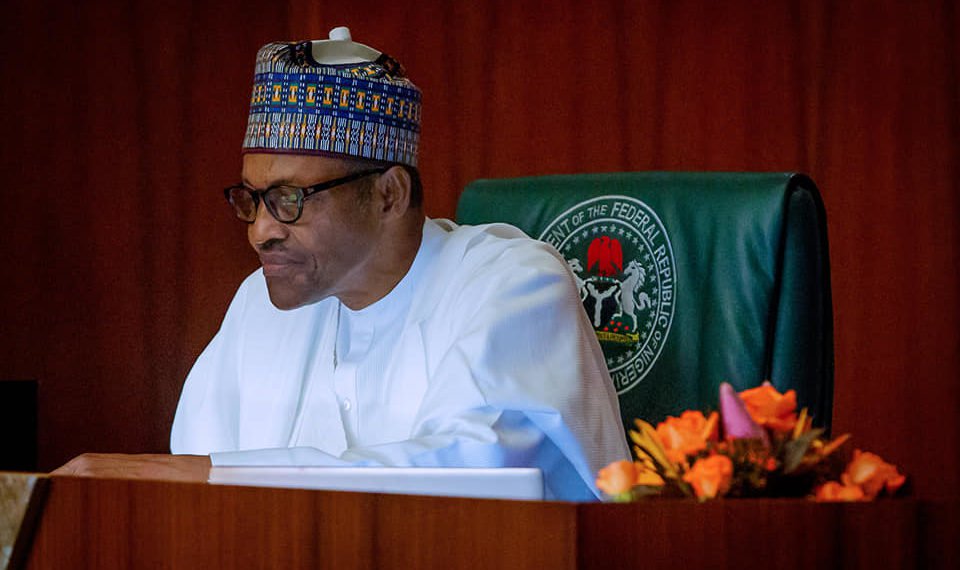 President Muhammadu Buhari has declined assent to the Ajaokuta Steel Company fund Bill transmitted to him by the National Assembly in February.

The Bill stipulated the Federal Government should set aside $1 billion from the Excess Crude Account for the immediate completion of the moribund Ajaokuta Steel Company.

President Buhari also withheld assent to seven other Bills passed by the National Assembly and transmitted to him for assent.

Senate President, Bukola Saraki, on Tuesday read separate letters, which informed the upper chamber about the decision of President Buhari to withhold assent to the Bills.

Buhari cited several reasons including infractions on extant laws, duplication of responsibilities of existing agencies, to financial constraints for his decision to decline assent to the Bills.

In a letter dated 19th March, 2019, he explained he declined assent to the Ajaokuta Completion Fund Bill because “appropriating $1billion from the Excess Crude Account” as decided by the National Assembly, “is not the best strategic option for Nigeria at this time of budgetary constraints.”

Buhari said: “The nation cannot afford to commit such an amount in the midst of competing priorities with long term social and economic impact that the funds can be alternatively deployed towards.

“Bills, which seek to make appropriation of revenues to fund public expenditure should be consolidated in the annual Appropriation Act such that these proposals pass through the traditional scrutiny that budget proposals are subjected to by the Ministry of Finance, Ministry of Budget and National Planning and the National Assembly.

Furthermore, as the Excess Crude Account Funds belong to the Federation, it would be proper to consult with the National Economic Council where the States are represented.

“Relevant stakeholders such as the Ministries of Mines and Steel Development, Industry, Trade and Investment were not fully consulted.

“The inputs of key stakeholders are necessary to create the optimal legal and regulatory framework as well as institutional mechanism to adequately regulate the steel sector.”

He said: “Section 32 of the Bill, introduces (I) a 2.5% levy on the profit before tax of the target companies which will increase the tax burdens of the companies while offering no direct benefit to them : (ii) a1% levy on imports which will also add to the cost of doing business in the country , (iii), a 5% levy on luxury goods which duplicates efforts by the Federal Ministry of Finance to raise excise on such goods in a more sustainable manner to the benefit of the Federal Government treasury “, he said .

He noted that if signed into law, the Agency will have similar objectives to the Bank of Industry particularly with regard to the funding of Small and Medium Enterprises.

He said: “Accordingly, it is important to streamline its functions to avoid a duplication or overlap of functions with other government institutions performing similar functions aside the likelihood of increasing public re-current expenditure by the proposed creation of new public sector bodies. ”

Other affected Bills include the Nigerian Aeronautical Search and Rescue Bill 2018, Chartered Institute of Training and Development of Nigeria (Establishment) Bill 2018 and Federal Mortgage Bank of Nigeria Bill 2018.

On each Bill, President Buhari gave reasons for his decision to withhold assent

This is in a bid to avoid throwing the Nigerian football ecosystem into any fresh leadership crisis of any sorts.

It would be recalled that the Federal Government through the Ministry of Youth and Sports Development instructed the Nigerian Football Federation to see to the successful staging of the September Elections, while implementing reforms that would be far-reaching for the benefit of the entire Nigerian football community.

The NFF were urged to ensure that the amended statutes reflect the national yearnings, aspirations and peculiarities of Nigeria as a sovereign nation whilst aligning with the principles and objectives of football as set by the world soccer governing body, FIFA.

The need for an all-inclusive process that carries everyone along, cannot be over-stated. This would invariably help to avoid a stain on the electoral process and ensure no desenting voices spring up at the end of the process.