Athletics Federation of Nigeria (AFN) has a new logo on its way to corporate re-branding of the organisation.

The logo was unveiled by the Minister of Youth and Sports Development, Barrister Solomon Dalung, during the first Congress in Abuja.

The new logo which was designed by SMP Communications Limited, a Lagos-based brand management firm, is expected to be the new insignia of athletics repackaging in the country. They also designed a new cliche: “Let’s get back on track!”

Delegates and guests were also shown the new Sports Motel which the AFN leadership is putting in place to make.

Hon Ibrahim Gusau, the AFN President said, “I welcome you to brand new World of Athletics in Nigeria, propelled by People, Passion and Performance.

“As part of our concerted efforts to build a deliberate future for our sport, you will recall that after our election, I did promised we shall reconstruct the sport with six National Athletics Development centres. We have laid a firm foundation for the pilot. The south west centre in Ondo State.” 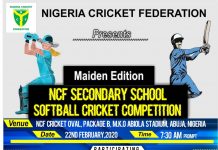 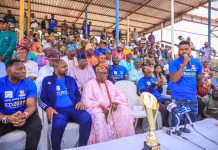 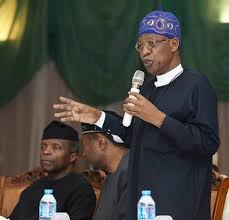