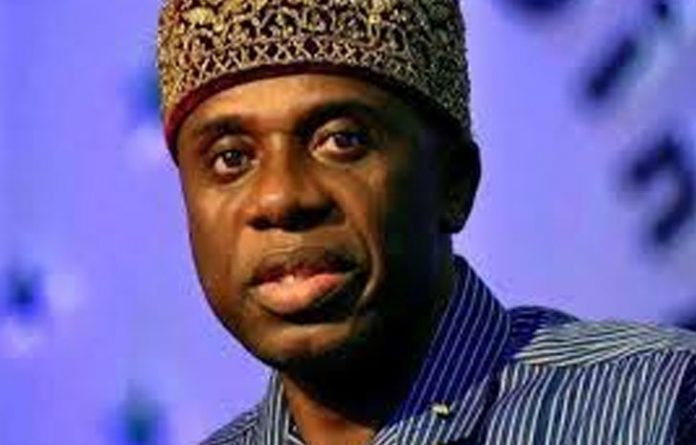 Rotimi Amaechi, the Minister of Transportation, at the weekend, explained Federal Government’s drive to speedily complete the construction of the ongoing Lagos-Ibadan Standard Guage Rail system, saying the nation’s economy could be driven by the project.

Speaking during an inspection tour of the project, the minister maintained that Nigeria’s economy could be boosted by linking the seaport to the hinterland which the Lagos-Ibadan rail would serve when completed.

He said, “The economy of Nigeria can be driven most importantly if you can link the seaport to the hinterland, because when these cargoes come they must go.

Amaechi said the government was pushing for the completion of civil works on the Abeokuta to Ibadan section of the project before the raining season fully commenced.

He said, “We are pushing that they must complete civil works on the Abeokuta to Ibadan rail line before the rains and they have promised that by the time we come on March 28, they would have gone far with the civil works.

“We are pushing that by the first to second week in April they should be very close to Ibadan with the track laying.”

The minister noted that the overall amount allocated for the contract had been altered as a result of the additional construction work on the project but refused to disclose the new sum.

Daily Independent reports that the track laying has been completed on the Lagos-Abeokuta corridor of the rail line, while gaps still exist between kilometre 95 to 120 along the Abeokuta- Ibadan axis.