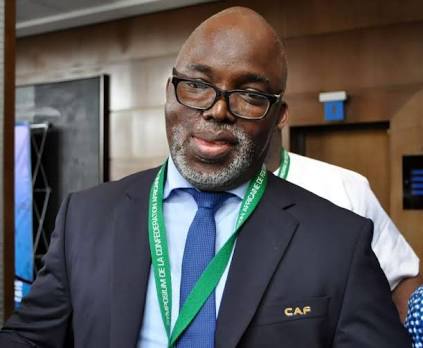 Angry Board Members, NFF Staff, operation Pinnick Must Go Campaign
…Amaju is a bad leader-NFF staff
….Hotel officials locked out NFF staff and board members out of hotel rooms on four occasions

Even before the NFF embarked on the trip to Russia, some board members, as well as the staff of the secretariat, had fallen apart with Pinnick because of what they termed ‘arrogance’ and self-centred nature. “They were only waiting for the Eagles to exit from the World Cup before coming out with their true colour,” a top official of the NFF told reporters yesterday in St. Petersburg, venue of the Super Eagles last group encounter against Argentina.

“Amaju is a bad leader. He wants to do everything all alone, and it has created a great disunity among every staff of the NFF. We have been suffering in silence, and it has to end. Amaju must go,” he stated. Among his many sins, the people accused Pinnick of bringing to Russia alongside the NFF delegation people who had no business at the World Cup.

Many problems we encountered here in Russia were caused by Pinnick because of his ‘greedy’ nature. He laced the team with so many people who had no business here in Russia. Look at the various issues we encountered in accommodation. For five days, we couldn’t pay for accommodation because of the large number of people from Amaju. That is why the hotel management had to lock out our officials from their rooms on four occasions. It has never happened in the history of our participation at the World Cup.

“Again, Pinnick used his power as president of the NFF to give higher estacode among the contingent. He paid some state FA chairmen $3,000, while some got $4,500. That was outside the $300 that was given to them on arrival. We had two secretaries from each of the geopolitical zones, and the amount they got varied from one another. Some got $2,000, while others were secretly paid $3,000, depending on how influential you are in the Congress. We had many problems here because of Pinnick’s ambition to return for the second tenure. He was operating a divide and rule system. In anyway, no NFF president had survived two tenure, so Amaju must go.”
Before the game against Argentina on Tuesday, the NFF camps were scattered across various hotels in St. Petersburg and in tremor because of match tickets were given to the NFF by FIFA. It was alleged that some top officials of the NFF, who felt cheated because Pinnick did not carry them along in the scheme of things, said some allocated a greater percentage of the tickets to themselves.
“I was shocked to see some of the people selling match tickets just to make some quick money before their final journey back home. Majority of the tickets eventually found their way in the hands of Argentine fans who were ready to pay as much as $1,500 or $2,000 per ticket. That was the reason for many Argentine fans inside the stadium, while a majority of the Nigerian who should have used the tickets were forced to watch the match from their hotel rooms. It was a big scandal. The blame is on Amaju, the official stated.

Confronted by some angry Nigerian fans on why match tickets allocated to NFF were sold to the highest bidder, the NFF Director of Competitions, Bola Oyeyode, denied it saying: “I doubt if any member of the NFF will bring himself so low to such a level 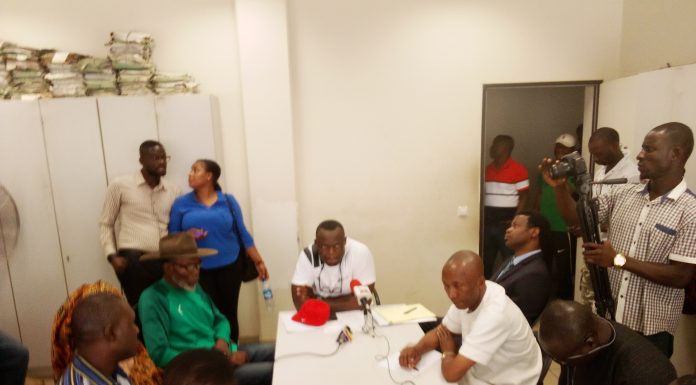