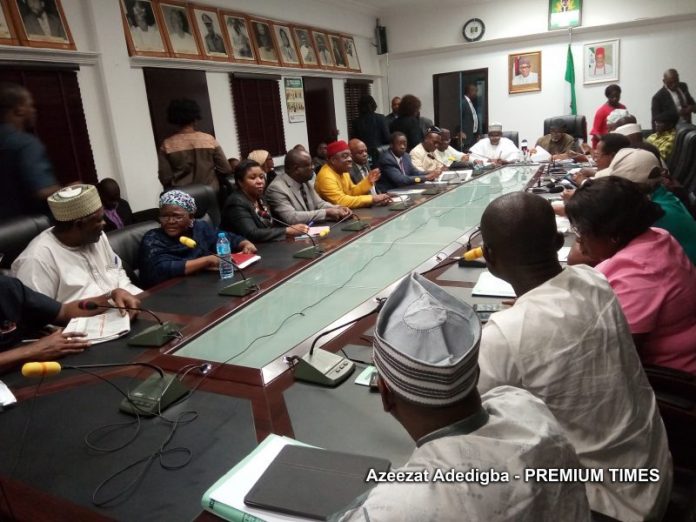 Another meeting between the federal government and the Academic Staff Union of Universities (ASUU) ended on Monday night without an immediate resolution of the dispute.

The meeting which held at the Federal Ministry of Labour was to find a lasting solution to the ongoing strike by the university lecturers.

At least four other meetings have been held between both parties before Monday’s since the strike commenced on November 4th.

While addressing journalists, the minister of labour and employment, Chris Ngige, said the meeting has been adjourned to December 17.

Mr Ngige had earlier appealed to the striking lecturers to ensure that Monday’s dialogue yields results that will lead to ending the strike.

”The strike is five weeks old today and it is not in anybody’s interest. We will ensure the needful is done,” he said.

Meanwhile, the ASUU chairman, Biodun Ogunyemi, said the union will await the next adjournment date to see how far the federal government will deliver on its promises before it will take a decision on whether to suspend the industrial action. Why Nigeria can’t be free of  malaria-Minister