Champions Nigeria cruised into the final of the football event at the 3rd African Youth Games in Algiers on Wednesday evening after beating the host nation 2-0 at the August 20 Stadium.

Adeleke Tobi put the 2014 gold winners ahead from the penalty spot before John Mark Shirsha solidified the advantage to take the Future Eagles into what promises an interesting final match against familiar foes Morocco.

The Moroccans, who edged Cameroon in the other semi-final played at the Sidi Moussa Stadium, will be angling to avenge their 2-3 opening match loss to the Nigerians when both teams clash in the final at the same venue on Friday evening.

It would be recalled that the Future Eagles came from two goals down to defeat the Moroccans with a brace from Divine Nwachukwu and one by Chidera Ejiofor on Thursday last week at the P. C. Bab Ezzouar Stadium, before a commanding 5-0 win over Djibouti at the same venue on Saturday.

Nigeria won the football gold at the last edition of the African Youth Games in Gaborone, Botswana four years after winning four of five matches and drawing one, in what was a round –robin format. 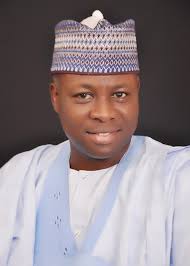