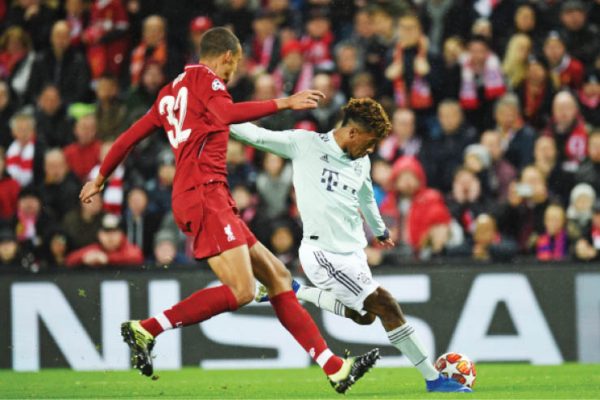 Barcelona drew for the fourth time this month after being held to a goalless draw at Lyon in the Champions League last-16 first leg.

Lyon had the better of the first-half chances, but Barcelona goalkeeper Marc Andre ter Stegen produced a world-class save to tip Martin Terrier’s attempt onto the bar.

Barca asserted their dominance as the match progressed, but failed to find an away goal ahead of the return leg on March 13, with only four of their 21 attempts finding the target.

Ernesto Valverde’s side now have a big 10 days ahead, as they travel to Sevilla on Saturday before heading to Real Madrid for a double header in the cup and then league next week

The opening stages were cagey before the Reds carved out some good opportunities with Mohamed Salah failing to find the target with a header while Sadio Mane screwed a shot wide from close range. But the best chance half to Joel Matip whose first-time effort went wide.

Bayern, without the experienced trio of Arjen Robben, Thomas Muller and Jerome Boateng, were limited to half chances with Robert Lewandowski on the fringes and marked out of the game by makeshift defender Fabinho.

Niko Kovac’s side did not exploit the absence of the suspended Virgil van Dijk but defensively they got it spot on with Mats Hummels and the rest of the back line giving the home side little space to thrive.

Jurgen Klopp threw on James Milner and Divock Origi in the latter stages but it did not change the game as the German side held on for a deserved goalless draw.

The Reds must now turn their attention to Sunday’s clash with Manchester United at Old Trafford.

UNILAG Sets Up Panel To Probe Collapse Of Library Building