A coalition of 25 pressure groups under the aegis of United Middle Belt Professionals (UMBP) on Tuesday in Jos revealed how politicians in Benue State have allegedly been conniving with Local Government officials to steal salaries of dead pensioners.

The organisation also claimed that its independent investigation has showed that 75 percent of civil servants in Benue State “do not go to office until the day they would receive salaries.”

The UMBP in a statement issued in Jos and signed by its President, Dr. Abel Azege
and Public Relations Officer, Elder Joshua Aker, said Governor Samuel Ortom should be bold and courageous to confront the menace of ghost workers by using biometrics to pay salaries.

The statement reads: “The people of Benue State should see the need to support Governor Samuel Ortom to be able to address the numerous challenges including the issue of civil servants and some of the past politicians have been plundering the state and are bent on milking it dry.

“All these are making it impossible for the governor to pay salaries. The problem of non-payment of salaries is not the fault of the governor. The civil servants in Benue state must also look inwards and stop all these nonsense wastage.

“What people don’t know is that some of the people who call themselves politicians now have a trade mark. They have a list with which they collect salaries from Local Governments and if this trend continues. Benue state will never move forward.

“Examples abound; we now have a case under investigation; a man lost his brother so many years ago. But for over 10 years his children have been receiving half pensions. While somebody in the LG has been taking half, the family of the deceased are taking the other half. The is being done with the connivance of some LG officials.

“There is another case in one LGA in Zone C in Benue State where one big man was perpetrating injustice for so many years. After his death, it was discovered that the files of so many people who died so many years ago were hidden under the rug in his house. And he had been collecting their salaries.

“These are some of the many daunting challenges facing governor Ortom. If all these have been going on how do people expect the governor to be able to pay salaries from the meagre resources which come to Benue State?

“The civil service in Nigeria is more corrupt than the police that people talk about. But many people don’t know; in Benue State, Permanent Secretaries earn more than their counterparts in other states. Imagine that happening in a state which cannot even boast of producing a pencil. Moreover, look at the number of irrelevant and unproductive tertiary institutions in Benue state, all funded by government. So how will the civil servants not look inwards and see the need to stop these wastage to enable the governor to be able to pay salaries?”

The UMBP therefore outlined the following measures as the way forward to curtail the trend and inject sanity into the Benue State civil service.

The UMBP said, “Governor Samuel Ortom should be bold and courageous to confront this menace by using biometrics to pay salaries. Under the arrangement, civil servants will go to the LGs for example and face a capturing machine. If you claim to be a worker, your image and fingerprints would be taken and at that point your salaries will hit your bank accounts. And if your name appears in two places, then you are a ghost worker.

“Those whose name cannot appear would be the list that is being used to drain the resources of the state. In that case, the governor would be able to have authentic people really working in Benue State. Also, some departments in some LGs in Benue state are over staffed.

“In a job meant for one person, they employ 20-30 people who don’t come to work. Our survey has revealed that the only day people come to work is the day that salaries were go 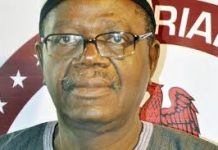 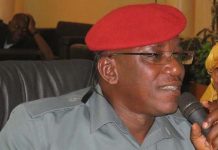 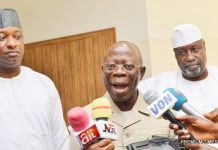 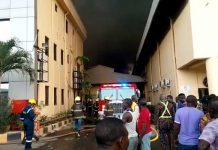 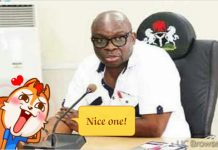 PDP set for protest at US embassy over Buhari’s handling of...