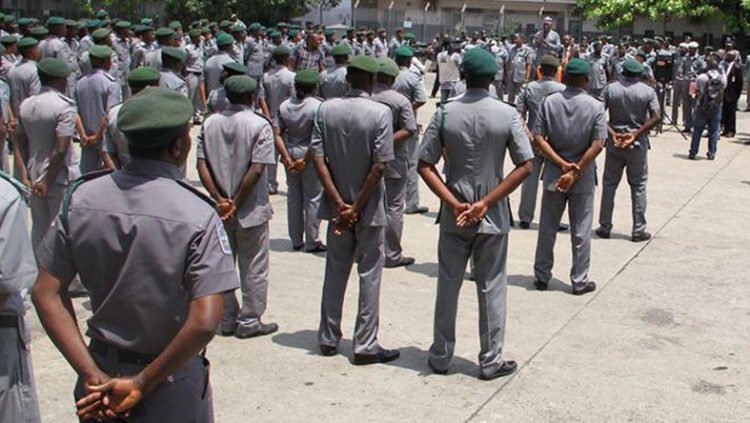 The Nigeria Customs Service (NCS), Federal Operations Unit (FOU) Zone B, has seized no fewer than 1,942 bags of foreign rice and other goods in Katsina State in two months.

The Controller of the Unit, Comptroller Mustapha Sarkin-Kebbi, made this known on Monday during a news conference.

He said that the unit also seized 350 jerry cans of vegetable oil, 400 cartons of spaghetti, 160 bags of foreign sugar and six fairly-used vehicles.

According to him, the customs also seized 39 vehicles which the smugglers used in conveying the prohibited items into the country.

He noted that the seized items have a Duty Paid Value (DPV) of N107.2 million.

The controller commended the Customs officers for their efforts, urging them to keep up the good efforts for the betterment of the country.

“The Customs made about 74 seizures between February and March, 2019, in Katsina State alone.

Two persons were arrested in connection with the smuggling activities and will be prosecuted.

“We have more problem in Katsina than in other states, may be due to the mentality of people involved in that illegal business.

‘’Everyday our officers go out for duty, they will seize smuggled items.

“Smugglers are becoming more sophisticated. If they see there is problem here, they will turn to another place but we are also equal to the task,’’ Sarkin-Kebbi said.

He urged the relevant authorities to intensify efforts toward enlightening the border communities on the dangers associated with smuggling activities.

“The smugglers need to be sensitized in order to change their minds from smuggling of illicit items into the country,’’ the controller said.