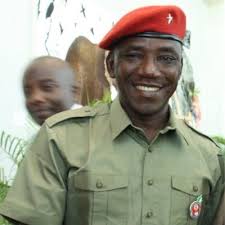 The Minister of Youth and Sports Barrister Solomon Dalung has been presented with the Independence Hero’s Award.

The presentation was made to him on Monday in his office in Abuja.

On the Occassion, the Chief Executive Officer, Face of Independence Nigeria and organizer of the award, Catherine Eriom said this was one of the activities held on the 13th of October 2018 to mark Nigeria’a 58th Independence anniversary and reward the nation’s heroes.

Eriom said the award which was in its 8th edition is to honour the Minister for his performance in Youth development and empowerment as well as the reformation that has taken place in the National Sports Federations.

“This award is in honour of your outstanding reforms in the sports sector and a whole other things you have been doing in Nigeria. We are very proud of you and we are giving honour to whom honour is due. You are one of the 15 recipients of this achievers’ award which took place in Calabar”

Receiving the award, the Minister thanked the Face of Independence Nigeria for deeming him worthy of the award.

“I commend you for rewarding excellence and the criteria used in your selection of nominees. I looked at those things used to select the awardees and indeed we did some of those things in the Ministry.

“One of the problems of this country is our inability to revert to our cherished values of a sound reward system. Without a reward system, the society will continue to navigate into the abyss. Due our worship for materialism, we have even lost touch with those who are really doing commendable things. This organization has championed this cause of rewarding excellence as their own contribution to re directing our national focus”.

In his closing remarks, the Permanent Secretary of the Ministry Mr Olusade Adesola enumerated some of the achievements of the Minister in conflict resolution.

“Prior to the Minister’s assumption of office, the National Youth Council of Nigeria had leadership crises of over six years with 6 persons claiming to be the authentic President. The Minister waded into it and resolved the crisis with credible elections and the emergence of an authentic president.

” Same was the case in the Scouting Association of Nigeria. He called the feuding parties and today they have a an executive. In youth development, last year the Ministry empowered about 650 youths and provided them with capital to enable them to start off. These are some of the achievements and commitment by the Hon Minister in the development of Youths in Nigeria”.

Some other awardees include the Governor of Cross Rivers State Prof Ben Ayade and Governor Okezie Ikpeazu of Abia state among others. 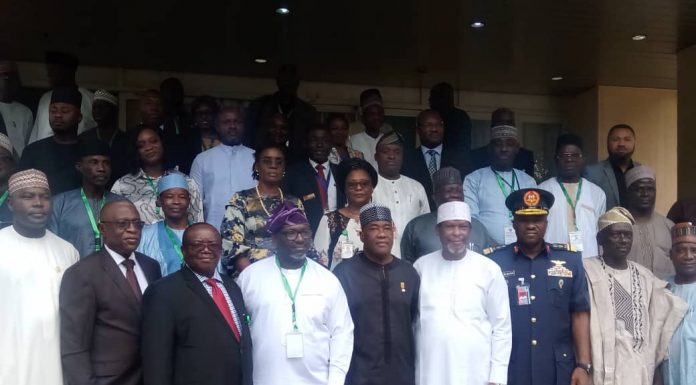