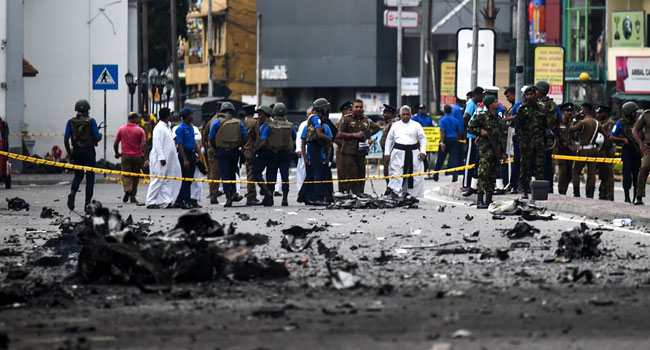 The toll from a string of deadly suicide bomb attacks in Sri Lanka has risen to 310, with several people dying of their injuries overnight, a police spokesman said Tuesday.

Around 500 people were wounded in the blasts, Ruwan Gunasekera said in a statement.

He added that 40 people were now under arrest in connection with the attacks, which Sri Lanka’s government has blamed on a previously little-known local Islamist group, National Thowheeth Jama’ath.