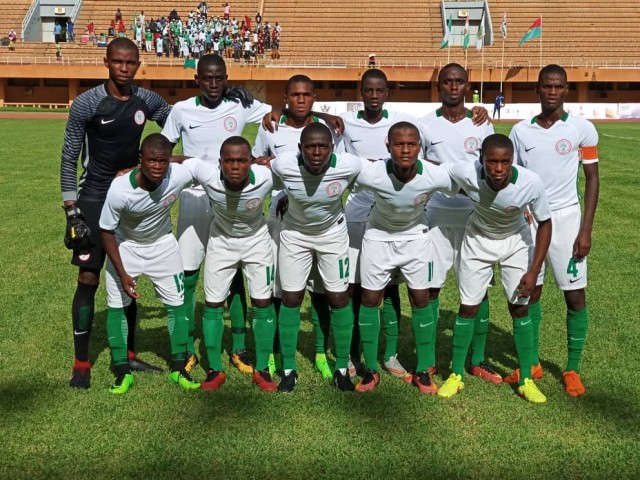 With Just Five days to 2019 under 17 Africa Cup of Nations AFCON, in Tanzania the depleted Golden Eaglets will fly out of the country tomorrow (Wednesday) and will face another round of age tests the following day on arrival in Tanzania.

A cloud of uncertainty has shadowed Nigeria’s Under 17 team, the Golden Eaglets as the team and technical and medical crew are set to leave Nigeria tomorrow for the 2019 U-17 Africa Cup of Nations holding in Tanzania.

The team, made up of 21 players, gathered, will face another test on arrival to Tanzania.

The Manu Garba-led lads, hugely deflated after series of last-minute Magnetic Ryesonance Imaging, MRI, test was conducted last week, will fly out of the country on Wednesday ahead of this year’s U-17 AFCON and will undergo another MRI test on Thursday.

The Eaglets, after their various tests last week, lost as many as six first-team players who played an integral role in booking the Tanzania ticket during the zonal qualifiers in Niger in September last year.

The Confederation of African Football, CAF, will conduct the MRI test in Tanzania to ensure that there is no or minimal use of over-aged players in the tournament.

African team have been hugely accused of age cheat in the age-limit championship with Nigeria, Ghana, Ivory Coast, South Africa, Amango others, as the prime culprits

Tanzania are drawn in Group A of the competition alongside Nigeria, Angola and Uganda and will begin their campaign on Saturday, April 14 against the five-time world champions.

Group B has Cameroon, Guinea, Morocco and Senegal and the four semifinalists will go on to represent Africa at the FIFA U-17 World Cup in Brazil later this year.