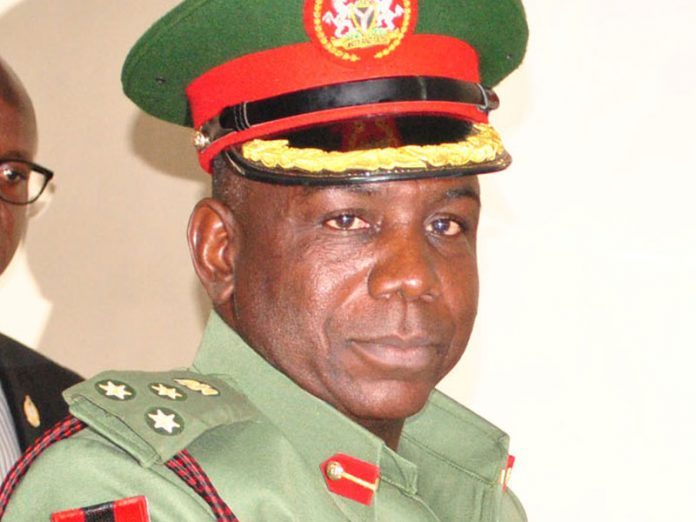 Major General Sule Kazaure, the Director General, National Youth Service Corps (NYSC), on Wednesday cautioned corps members recruited to participate in the forthcoming general election to abstain from all forms of sharp practices that could mar the election, saying that their uniforms would not make them immune to prosecution.

Kazaure gave the advice during a sensitization programme for corps members on the 2019 general election in Benin City.

According to him, I want to let you know that this uniform does not exonerate you from prosecution; it can only protect you from thuggery and every other thing. If you breach any electoral law, we shall watch while you go to jail.

He said the scheme had done its best to sensitize the corps members on the election guidelines, adding that adhering to rules and regulation would benefit them.

The NYSC boss, who was represented by assistant director, Reforms Unit, National Directorate Headquarters, Barr. Godwin Omoti, said the corps members should resist inducements in order not to compromise the integrity of the scheme.

On the part of the Edo State Commissioner of Police, Hakeem Odumusun, assured the corps members of adequate security before, during and after the elections in the state.

Odumusun, represented by the assistant commissioner of Police, Barr. Emmanuel Aina, further enjoined them to play the game by the rules, adding that when such was done, they would not have any problems.

Also speaking, the state coordinator of the scheme, Mr. Adebayo Ojo, advised the corps members to uphold the integrity of the scheme, noting that the election exercise was an opportunity for them to demonstrate their Integrity as future leaders of the country.

NANS Will Not Be A Tool For Political Vendetta- President