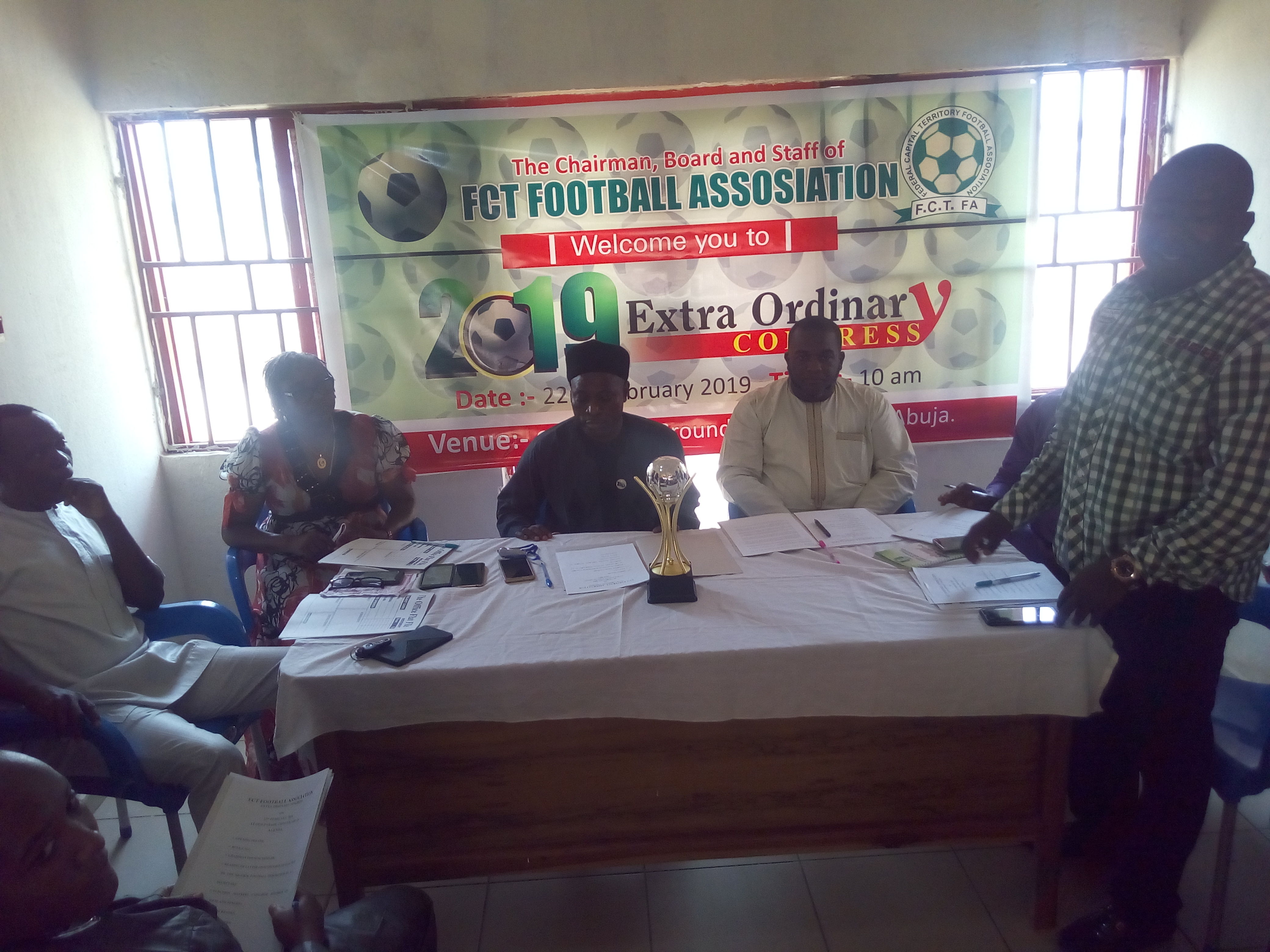 FCT FA Congress Extends The Tenure Of Existing Board

Executive Congress of FCT Football Association on Friday extended the tenure of the country capital city till Thursday June 13th 2019. 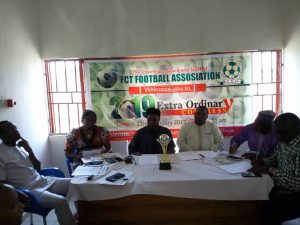 The FCT Football Association Congress through its emergency meeting conveyed today has approved the extension of the tenure of the current Executive Board led by its Chairman,  Musa Talle.

In a communique issued at the end of the congress and signed by the chairman of the Communique Drafting Committee, Hashimu Adamu, the congress thanked the Nigeria Football Federation, NFF ably led by Amaju Pinnick for taking along all stakeholders of the football family.

“That the FCT FA congress extends the tenure of the existing FCT FA Board to Thursday 13th June,  2019.

A total of 14 members of the congress attended the Extra-ordinary Congress with the only absentee being the 1st  Vice Chairman, Patrick Ngwaogu who’ve correspondence was duly conveyed by the chairman.