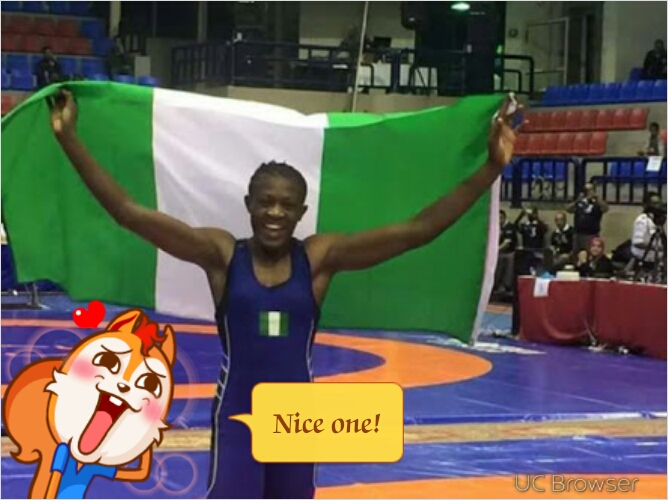 Nigeria Army Wrestler, Tochukwu Okeke says he’s ready to take on any opponent at the 2017 Governor Nysom Wike Wrestling tournament which will run from November 9th to 15th, 2017.

The Greco-Roman national champion told TheGleamer that his coach in the army, Godswill Tiebiri has helped him correct some obvious mistakes in his technique.

The Africa bronze medalist revealed that attending the Africa Championships was a morale booster promising his prospective opponent trouble.

“Am in high spirits and I have corrected the mistakes that I had at the last African championships but now I am coming with a difference.

“Moving from the 75kg category which I wrestled at the 2015 All Africa Games trials to 80kg weight category at the 2017 National Wrestling Championships in Yenegoa, was a difficult choice but to God be the glory, I won”.

“The 80kg was tough considering the fact that a freestyle wrestler, Melvin Bibo came to our class. But I told myself not to worry because all was going to be well”. Tochukwu boasted.