A global security exchange network, ASIS International has tasked the federal government to consider as important the immediate restructuring of Nigeria’s security architecture for effective handling of the emerging security concerns in the country.

At a security forum organized recently in Abuja, the group noted that the existing national security architecture was fraught with loopholes, which has permitted the incessant security-related issues in Nigeria affecting human lives and industries.

The group observed that there was no effective think tank on intelligence gathering, hence the need to make the private security sector an integral part of national security think tank.

Mr. Wash Nwachukwu, former chairman, ASIS International Abuja Chapter, in a chat with journalists in Abuja on Thursday maintained that restructuring the Nigeria’s security architecture is key to achieving sustainable national security development, adding that the survival of lives and properties of the people living in Nigeria and within its territory was exclusively depended on it.

” it is an article of faith that the basic needs of man include; food, shelter and clothing and the fourth one is security.

“The signs are everywhere that insecurity is a clog to the wheel of national development. Budget wise, the defense of the territorial integrity and internal security of the nation is really huge. Every fiscal year, billions of naira is being budgeted for security.  Even in some localities individual citizens and communities pay levies and salaries to young men and women engaged to secure them and their properties”, Nwachukwu pointed out.

Nwachukwu, an industrial security expert lamented that despite the huge funds being expended on security annually, the country was still grappling with sustained terrorists attack, political violence and sundry crimes, which have resulted to untold deaths, break-up of communities, families and forced migration, describing it as  an affront to Section 14(2) (b) of the 1999 Constitution, which states that “the security and welfare of the people shall be the primary purpose of government; and the participation by the people in their government shall be ensured in accordance with the provisions of this Constitution”.

He said it has become obvious that people’s sense of well-being has been adversely affected owing to insecurity, thereby giving credence to the agitation to overhaul the national security architecture so as to meet the apparent need for greater security without unduly impeding economic efficiency and citizens’ rights.

Optimistic that political leaders would yield to the call to revamp the national security policy, he said the challenge for policymakers is to take full cognizance of the perceived gaps in the existing security model and make changes that will guarantee absolute confidence for the citizens in terms of their wellbeing. 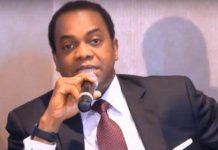 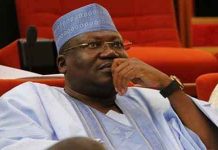