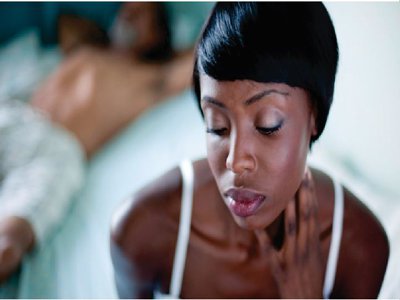 How Failure  in the ‘other room’ is putting couples asunder

CHIZOBA Elendu (not her real name) is a pretty hard working woman from a family of seven in Igbo-Etiti, a sleepy agrarian community in Enugu. Growing up, her father, Mr. Agbo, a peasant farmer, could not meet up with the challenge of schooling for Chizoba and her four siblings, which forced her to quit school after JSS 3. And then she came to Lagos for greener pasture.

After some years of sojourn in the centre of excellence, she met Maduabuchukwu (not his real name), who proposed marriage to her. Chizoba consented and got married at age 24, even though her family wan’t quite pleased with her choice. They had wanted her to marry someone else.

All seemed to be well with the new couple in the first few months. Unfortunately, their intimacy began to wane when Maduabuchi’s sexual performance constantly fell below par. He just was not able to satisfy Chizoba, when it came to sex. And she was unable to tell him for the fear that he would feel embarrassed.

After about one and a half year of enduring her husband’s ‘inefficiency’ in silence, Chizoba finally broke the news to him.

With eyes fixed on the ground, a rather shy Chizoba recalled her experience, “My husband was a one minute man. After that one minute, no matter how much advances I made to him, he just would not get erection until second day.”

“We tried several remedies, both self and herbal medication, but none of them brought our desired result,” she explained.

Expectedly, the couple began to have problems. Chizoba pleaded with her husband for several months to visit a doctor, who may be able to tell them what the problem was and proffer treatment, but her husband refused, probably due to the usual male ego.

“I cried each time we had sexual intercourse because I wasn’t getting satisfaction. He had premature ejaculation disorder, and at a point, I could no longer bare his touch or be close to him,” she continued.

“However, when I was growing up, I had made a vow with God that I would not share my body with any other man except the one who paid my dowry; so instead of cheating on him to get what he could not give me, I simply filed a divorce and started my life all over again.”

That was the story of Chizoba, as told to our reporter.

But Chizoba is not alone in this situation that is fast taking an epidemic dimension.

Ndifreke had a similar tale to share, except that she was conned into the marriage.

She had gone on a prayer vigil, where she was one of the single ladies called out for a prophecy. Recalling the whole story with a dint of regret, Ndifreke said, “Everything looked like a dream to me. The reality only dawned on me after the deed had been done.”

“I courted my husband for three months; we met in February 2003 and got married end of May of that same year. During our courtship, the more I attempted to know his house, the more he countered it. Being a pastor too, he hid under the cloak of ‘we should not allow immorality of having sex before marriage’.

“On the first night of our marriage, I knew that I was in for it, for not tasting Umoren before agreeing to walk down the aisle with him. The highest he could go was one minute! Can you believe it?”

“Four days after our wedding, I called my sister who also lived in Lagos and told her what I discovered in the man I married. She advised that I should suggest to him to see a doctor. But each time I raised the topic, my husband always dismissed it by shouting me down.”

“We continued like that for almost four years until one day when I threatened divorce if he didn’t see a doctor for a solution. Besides, he always accused me that our childlessness was my fault.”

“One day, we both agreed to visit a hospital on Lagos Island where tests were to be carried out on us. I agreed to follow him to clear all doubts that nothing happened to my womb. But suddenly my husband got up and feigned answering a phone call. He left the hospital immediately, with a promise to come back.”