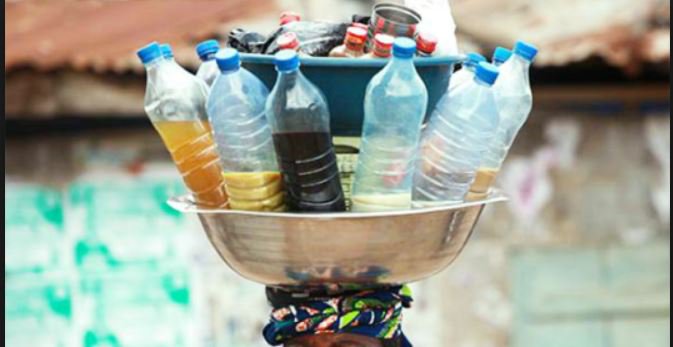 Kidney disease: Why You Should Not Take ‘Agbo’

According to the World health organisation (WHO), traditional medicine is generally available, affordable, and commonly used in large parts of Africa, Asia, and Latin America.

WHO estimates that about 80 per cent of the population in developing countries still depend on traditional medicine for their Primary Healthcare (PHC) needs; however, this percentage may vary from country to country.

In Nigeria, many people, especially in the South-West region, believe and rely on local herbs for medication.

`Agbo’, the Yoruba name for herbal medicines, is a concoction prepared from a variety of herbs and; it is one of the most popular herbal preparations taken for various ailments, especially by the native Yoruba people.

It has also seen a lot of patronage and acceptance by other tribes too; Agbo can be soaked in water, alcohol or even palm wine before one drinks it.

However, medical experts raise concerns on the after-effects of taking Agbo, especially over a long period of time.

One of such concerns is that it can damage the kidney and liver; also, there are concerns on its preparation which include the handling, dosage requirement for each ailment, shelf live and expiration date.

Recently, at an event to commemorate the 2019 World Kidney Day on March 14, experts raised awareness on the importance of guarding against acts which can lead to kidney disease.

The event which was organised by the Renal Dialysis Centre, Allen Avenue, Ikeja, Lagos, saw experts also emphasising the need to reduce or even desist from consuming local concoctions, especially Agbo because of the possible resultant effects.

Dr Chinedu Odum, a Nephrologist, said: “In this environment, we talk about herbs and we hear many people say the take Agbo’’ or herbs.

“They say the herbs clean their system but the truth is that this concoction people are taking, some of them have a bad effect on the kidney. It can damage the kidney

“It is a lot cheaper to prevent kidney damage because once you have kidney damage there is no going back; even those who are rich can’t maintain, afford or keep up with dialysis.

I Was Asked To Join A Cult To Get Political Position, Says Taribo West

Rerun elections: ‘We must not allow Kano to burn’