Some parents in Kuje Area Council, FCT, have prevented their children from receiving measles vaccination in the ongoing immunisation in the area.

The Primary Health Care Coordinator of the council, Mr Haruna Agwai, disclosed this on Monday in Abuja.

According to him, some parents at Gaube, Pegi and Chibiri wards prevented health workers from immunising their children.

“Some families have the fear and believe that there are plans to reduce population as their reason for preventing their children from receiving the vaccine.

“While some schools do not grant access to health workers to vaccinate children without the presence of their parents.

“When we encounter such cases, we normally educate them on the importance of getting their children immunised and if they disagree, we move on,” Agwai said.

The coordinator added that the first phase of the exercise has just been concluded, while the second phase commenced immediately at Rubochi, Gudunkaria and Kwakwu wards.

He promised that the council would continue to sensitise parents on the importance of getting their children immunised against measles.

Agwai dismissed rumours and believe by some parents that the vaccine was aimed at controlling population in the society.
“Some parents are rejecting the vaccine out of ignorance and it is essentially meant to eradicate measles.

“This is not a vaccine to reduce the number of population in the society, but to eradicate measles among children.

“The vaccine will help in eradicating measles from the society,” Agwai said.

The coordinator therefore appealed to parents, traditional rulers and guardians to support the council by ensuring that all children in the area were immunised.

However, he said that the council had immunised about 60 per cent children out of an estimated 70,000 children in the area and promised to achieve 100 per cent coverage by the end of the exercise. 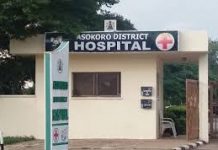 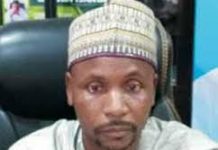 NITDA Urges MDAs To Repose Confidence In IT System

Buhari to attend ECOWAS meeting on common currency in Niger

Group stages To Protest Over Carelessness Of Nigerian Medical Personnel