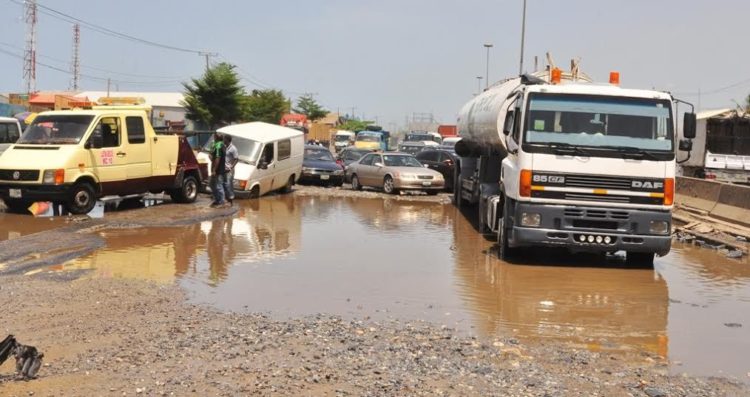 A member of Lagos State House of Assembly, Mr Setonji David, on Tuesday decried the state of Badagry road, saying the road was too bad, considering challenges it posed to people in the area.

David, representing Badagry Constituency II,on the platform of the APC , disclosed this in an interview with the News Agency of Nigeria (NAN) in Lagos.

According to him, Badagry road looks like it is cut off from Lagos state while posing numerous challenges people in the area faced using the road.

The lawmaker, who also expressed dissatisfaction over shortage of schools in the area, called on Federal and state government to look into the plight of the residents with a view to helping them

“Our road network is in shamble. Lagos-Badagry expressway is in total mess. If you take a walk for few hours to come to Badagry you will be amazed with the state of our roads.

“Although, the contract for the road has been awarded, I am just appealing to the contractor and the government at the federal level to expedite action on the reconstruction of that road.

“It is as if we are cut off from Lagos state, the state of the road is in shamble that is the truth of the matter.

“ The raining season is fast approaching; I don’t know what will become of that place when rain starts,’’ David who is also the Chairman, House Committee on Physical Planning and Urban Development said.

He said that the area also needed more primary and secondary schools to help reduce the kilometres school children trekked, each day, to access school.

“I know of pupils trekking for 5kms, 3kms and 2kms in my constituency before they can access schools.

David said that the pains of residents of the area were passing through were better imagined than experienced.

The law maker, who described good infrastructure as the beginning of progress of any society, noted that commuters spent about three or four hours to get to Badagry from Lagos instead of 30 minutes or 45 minutes.

He, however, expressed optimism that the incoming administration of Mr Babajide Sanwo-Olu would address the plight of the people of Badagry.

David urged the Federal Government to redouble efforts in addressing inadequate power supply in the country to reduce youth unemployment.

According to him, the major problem confronting Nigeria is inadequate power supply, adding that so many people cannot work because there is no power.

“If we can have constant supply of electricity in this country, I want to assure you that, half of our unemployed youths would be engaged in viable jobs. (NAN)