Visiting Leopards of the Democratic Republic of Congo battled to a 1-1 draw with Russia 2018 World Cup –bound Super Eagles at the Adokiye Amiesimaka Stadium in Port Harcourt on Monday evening.

A convivial atmosphere prevailed at the venue where the three –time African champions started their race to Russia in November 2015 with defeat of Swaziland in the preliminary stage. Governor Nyesom Ezenwo Wike of Rivers State was joined by President of the Confederation of African Football, Mr. Ahmad, Nigeria’s Sports and Youth Development Minister, Barrister Solomon Dalung, President of Nigeria Football Federation, Mr. Amaju Melvin Pinnick, top officials of the NFF and Rivers State Government, and representatives of Real Madrid Football Club (who had launched an academy in Port Harcourt earlier in the day) for the pre-match niceties.

There was never any doubt about the quality of the Leopards, champions of Africa in 1968 and 1974. But if there were shades of uncertainty in the minds of anyone, the visitors quickly dispelled that with a quality display in large swatches of the game, and though the penalty which gave them the equalizer was steeped in controversy, that they deserved a share of the spoils was never so.

Nigeria’s lead tactician Gernot Rohr gave first caps to Italy –based Simeon Nwankwo and Nigeria Professional Football League leading scorer Junior Lokosa on the evening. Neither disappointed. In fact, Nwankwo had Nigeria’s first sight of goal, rocking the crossbar after five minutes with a searing shot, and with goalkeeper Anthony Mossi in no man’s land.

Lokosa fought hard for balls, banishing any stage fright, and though he failed to get on the scoresheet, it would be a mis-statement for anyone to claim he did not impress.

The Leopards had sight of goal in the 8th minute, but Francis Uzoho saved well from Benik Afobe. Three minutes later, Joel Obi’s volley was charged down for a corner, and after the energetic Christian Luyindama was booked for impairing Lokosa in the 15th minute, William Ekong got the game’s only goal by tucking in after Kelechi Iheanacho networked him from Ogenyi Onazi’s clever free-kick.

Iheanacho somewhat failed to beat Mossi from a one-on-one after being put through by Onazi in the 35thminute. At the other end, Afobe’s shot flew away from goal from a sweeping team move.

In the second half, Nwankwo’s header was palmed away and Lokosa’s follow-up was blocked for a corner in the 57th minute. Uzoho saved well from a free-kick on the hour, and Oghenekaro Etebo should have doubled Nigeria’s lead in the 69th minute as the ball fell to him from a loose ball with Mossi stranded.

Substitute Olaoluwa Aina tugged awkwardly at his adversary with 12 minutes left, and Ghanaian referee Afful Isaka Ayensu pointed to the spot, though many felt the offence was committed outside the box. Ben Malanga blasted the ball past Uzoho to restore parity.

Defender William Ekong was named Man of the Match, and was rewarded with N1million cash and 10 bags of Big Bull rice by NFF partner TGI. The bags of rice will go to any charity home of his choice.

Next up for the Super Eagles is a seminar on wealth creation, investment opportunities and portfolio management, at the Transcorp Hilton Hotel, Abuja on Tuesday afternoon, before they meet with President Muhammadu Buhari (GCFR) in the evening of same day.

On Wednesday, the delegation will fly to London aboard a chartered aircraft, for Saturday’s prestige friendly against England’s Three Lions (also Russia –bound) at Wembley Stadium 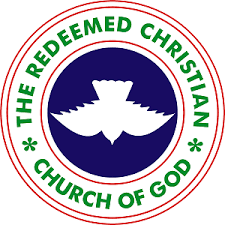 Kidnapped RCCG Pastor: How I regained my freedom – Victim

Rohr eyes another ‘ticket with match to spare’