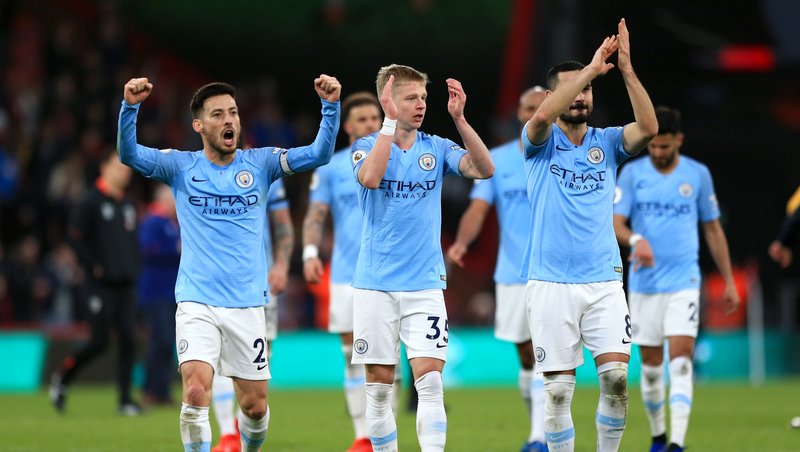 Manchester City returned to the top of the Premier League but lost Kevin De Bruyne and John Stones to injury following a 1-0 success at Bournemouth.

Substitute Riyad Mahrez secured Citcy’s fifth successive top-flight win with a low strike early in the second half after coming off the bench to replace the stricken De Bruyne.

With title rivals Liverpool not in action until Sunday’s Merseyside derby against Everton, City moved two points clear at the summit, albeit having played a game more.

But victory on the south coast, which was wrapped up without the hosts producing a shot at goal, came at a significant cost to Pep Guardiola’s side.

The fresh setback for De Bruyne, who has endured two lengthy lay-offs with knee injuries during a wretched campaign, was the main talking point of a one-sided first half.

After a brief conversation with Guardiola, he disappeared down the tunnel to be replaced by match-winner Mahrez.