The Acting Director General of the Maritime Security Agency (MASECA bill), Capt. Jacob Ovweghre has said that if the MASECA bill currently at the National Assembly  is pass to law, it will guarantee the security of the nation’s maritime environment from the territorial seas and also provides jobs millions of Nigerians.

MASECA bill sponsored by Hon. Ntufam Etta Mbora has passed the second reading and it’s now with the house committee on maritime, however, Capt. Ovweghre believes that Nigeria is on the verge of getting it right in securing her maritime environments as soon as the bill is pass to law.

According to him, “Seafarers got tired since 2008, of the kidnap/loss of lives of their colleagues at almost every attack on vessels at sea by sea robbers/pirates and decided to pursue a Bill for the establishment of MASECA and volunteered to put their lives even in harm’s way to guarantee the security of the nation’s maritime environment from the territorial seas in conjunction with the Navy, to the backwaters including the creeks, rivers, inland water ways and the Lake Chad basin, even at no cost to the government and the provision of  employment and human capital development for millions of seafarers and other able bodied Nigerians worthy of undertaking such dangerous responsibility,”

MASECA is going to be a para-military organisation, that will train and armed its officers sufficiently to meet the asymmetric threats of the pirates or sea robbers they will confront within the nation’s maritime environment, and must work and co-train in synch with the Navy, be placed under the Ministry of Defence, because of its peculiar role and calibre of weapons and the fact that in times of crises the Agency will become an integral part of the Navy.

“When passed, seafarers who are the crux of the manpower and who currently work and live within our creeks and waterways, and are primarily naval – Merchant and retired Nigerian Navy personnel, are poised to come together to pull their experiences and knowledge together to serve this country rather than allowing Nigeria to become a laughing stock in the comity of maritime nations”

“As much as sovereign security, air, land and sea, is a concern of everyone, its implementation is the exclusive preserve of government undertaken on its behalf, by its established agencies.   It is unethical and a spite to government to outsource or concession the responsibility of implementing any form of security measure to anyone or corporate organization not established by government. Unfortunately, the expected enactment of the envisaged Act has been stalled and this has led to opportunistic improvisations and interventions in the maritime sector.   Such improvisations and interventions have included the dangerous, politically motivated, unrealistic and unsustainable outsourcing of maritime security responsibilities, etc to contractors, ethnic militia groups and private maritime security companies in the payroll of oil majors,” he concluded.

He further noted that, the bill is seeking to redress Nigeria continuous commissioning the implementation of its maritime security responsibilities to individual or corporate body other than an Agency of Government constitutionally established by an Act or by engendering and enhancing the death throes of Nigeria’s maritime industry through the manipulations, robbery and dictates of private maritime security companies doing what we can train and equip our teeming youths to accomplish.

It will be recalled that the bill successfully went through the House of Representatives’ second reading on Wednesday, November 2, 2017. The bill will not only provides security for the maritime environment but will also provide job for the youths.

You will further recalled that countries like;   Argentina (Directorate of Maritime Protection.), Chile (Department of Maritime Security Operators),   G 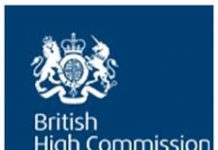 El-Rufai lied over killing of 66 Kaduna residents — CAN, NEMA