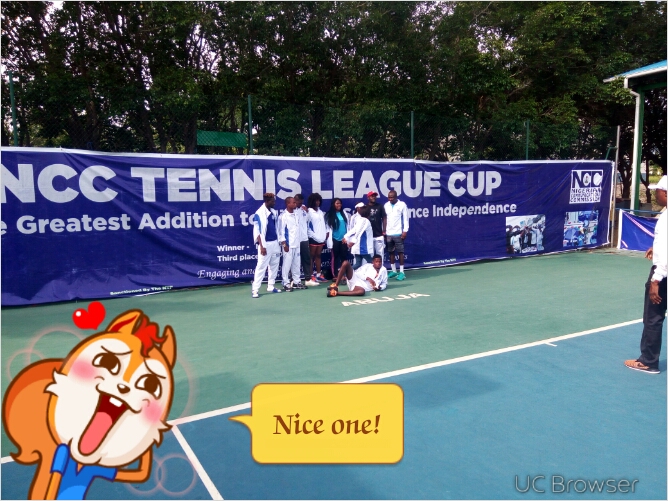 The team led by former Nigeria number
one Henry Atseye and Sheu Lawal dispatched Team Ndoma Egba 5-2 at the centre court of Abuja National Stadium at the weekend.

Speaking after the tie between the two
teams, the Coordinator of the League Mr. Godwin Kienka expressed satisfaction with the standard of play.

“The joy of it is that the top twenty ranked players are closing up with top ten ones.

Even new teams like CBN Futures that
won one match at their first attempt have won three matches this time around through the effort of Marylove.

The juniors are now coming up against
the senior players and this is as a result of new coaches attached to them,” he said.

As for the semifinal rounds, Kienka
said new Team Muller has won all their matches and have only two more against Team Yetade and CBN.

He disclosed that they are one leg into
the semi with the other semi final ticket to be decided between Team Kolatori and Team NCDSC in the Blue group.

Team Ndoma Egba which parades the like of Paul Emmanuel will also qualify depending on how they fair in the remaining matches.