KANO – The National Drug Law Enforcement Agency, NDLEA, has destroyed about 54.233, 375 seized illicit drugs by its operatives in Kano State as past of efforts to rid the country of illicit drugs.

The Chairman of NDLEA, Col. Muhammad Abdallah (rtd.) decried the alarming rate and magnitude of drug addiction by some Nigerian youth in recent times.

Abdallah, who stated this during the destruction exercise in Kano, said the situation was becoming more worrisome, particularly in the state.

He said, “In as much as the tonnage of the seized drugs for destruction today is a clear indication of a good performance by NDLEA, for 54.244 metric tons of drugs to be intercepted from a particular state in no such a long period of time is of unacceptable magnitude and quiet worrisome. It speaks of the extent and prevalence of these deadly substances in the state.

“In most states where we have carried out this exercise, the major drug of concern has been Cannabis sativa. The trend here in this state is more complex in that we are talking of seizures of multiple drugs with all of them in considerable quantities.

“The quantity of Psychotropic substances seized standing at 42 tons is whopping. There have also been seizures of reasonable quantities of Cocaine and Heroin in the State. These are category A drugs that are not produced in the country.”

Abdallah noted that many families in Nigeria today had been destroyed by illicit drugs, appealling to concerned citizens and stakeholders in the nation to join hands with NDLEA to end the menace of drug abuse in the country.

In his remarks, the Governor of Kano State, Dr. Abdullahi Ganduje, noted that, “As a government, we are supporting NDLEA in this task especially by putting up all security agencies in the state as a task force to curb this menace.”

The Kano State Commander of NDLEA, CN Hamza Umar noted that, “Public destruction of Exhibit is stipulated in the act which established NDLEA, was also approved by the Federal High Court in Kano.

According to him, “From January to date, 14,99,424 Kg seizure was made as you can see the analysis of what we are burning today.” 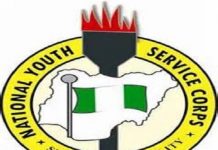 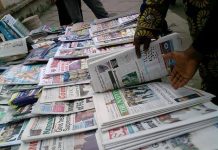