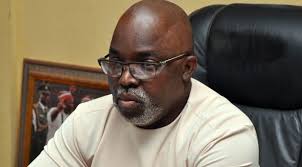 An extra-ordinary General Assembly of the Nigeria Football Federation on Monday ratified the decision of the NFF Executive Committee of 26th January 2019 to postpone the elections into the Boards of the Football Associations in the 36 States and the FCT.

All 44 Members of the NFF present alongside the NFF Executive Committee, at the meeting held at the Eko Hotel and Suites, Victoria Island, Lagos, the decision was unanimously ratified after a motion moved to that effect by current Chairman of the Imo State Football Association, Mazi Amanze Uchegbulam.

The motion was seconded by Mohammed Nasir Saidu, Chairman of the Sokoto State Football Association.

At an emergency meeting (e-meeting), the NFF Executive Committee had decided:

“That given the various complaints that have been received and ventilated in several fora regarding the ongoing electoral processes geared towards the conduct of elections into the Football Associations of the 36 States and the FCT, and against the backdrop of the nationwide elections taking place between February and March 2019, the Executive Committee resolved that the current electoral processes in the States be suspended immediately.

“Executive Committee has thus charged the NFF Football Reform Committee, which composition was approved by the NFF Congress at its Annual General Assembly in Asaba, Delta on 24th October 2018, to see the pattern, composition and electoral processes as one of its major assignments in the work of recommending a comprehensive reform of Nigerian Football.”

The NFF Executive Committee had also asked each of the Football Associations of the 36 States and the FCT to hold an extra-ordinary Congress (before the expiration of its tenure) to pick a new date between 26th May and 30th June 2019 as the terminal date for its board and date for its Elective Congress, to be presided over by the current boards of respective State FAs recognized by the NFF.