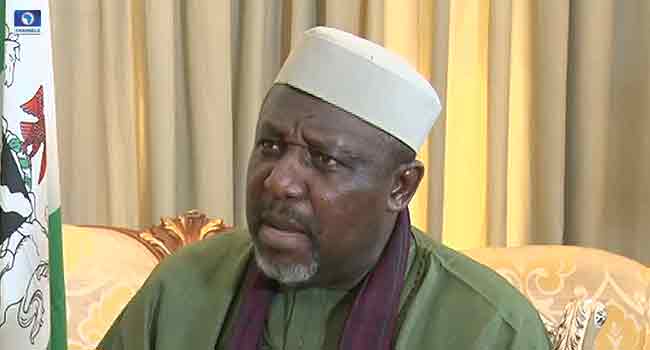 No Certificate Of Return For Okorocha, INEC Insists

The Independent National Electoral Commission (INEC) has insisted that it would not present a certificate of return to Imo State Governor, Rochas Okorocha.

He explained that the electoral body took the decision because the returning officer for Imo West senatorial district election that he declared Governor Okorocha as the winner “under duress”.

While declaring the resulted, the returning officer had said he was doing so under duress.

Although the governor insisted he won the elections fairly and that his victory was not declared under duress, his name was not on the list of those to be given a certificate of return and despite his protests against the decision, he wasn’t given a certificate when winners got theirs last week

Asked whether the commission investigated the claim and confirmed that it was true, Okoye said “Yes”.

He added, “We’ve made it clear on why we didn’t present any certificate of return to him (Okorocha).

“If you look at our website, we said that the declaration and return were made under duress and that we are not going to give any certificate to any person for any individual that procured a return under duress.”