The Minister of Environment, Mr Suleiman Zarma said that the National Oil Spill Detection and Response Agency (NOSDRA)’s Amendment Act should be changed to include oil pollution management.

Zarma made the remark when he paid a familiarisation visit to the Director-General of NOSDRA, Mr Peter Idabor, at its headquarters in Abuja on Thursday.

The visit was part of his official assignments since he assumed office in December, 2018.

He said that the NOSDRA Act as it was presented to the President for assent was already due for another amendment because the scoop of the operations of the agency was changing.

According to him, NOSDRA should be involved in the oversight of the environment, not just oil spillage but chemical spills so the name NOSDRA might change to Oil Pollution Management.

“The dynamics of our situation today where a mechanic who is servicing engine throws away the waste.

“Also leakages from the oil tanks buried underground were not factored into the Act, hence the need for a change from spillage to pollution management.

“I remember when I was in secondary school in Zaria, somebody came and raised an alarm that he has found petrol in his well, this is a result of this kind of spillages and they are never taking cogniance of.

“Already your laws are beginning to change; I saw the law that was specific about Niger Delta but today there oil exploration around Maiduguri and Benue and so on.

“So now again with this your area of operations is going to change and the scoop will change,’’ he added.

The minister said his visit was to inspect facilities of the agency and discuss ways of working together to improve them.

“We have decided to change the way things are done, ordinarily I will have waited for you at the comfort of my office to come and take the briefing.

“But if you come to my office, the number of staff that will come with the D-G will be limited so it will limit my interaction and interface with the staff,’’ he said.

Earlier, Idabor had during his briefing given the minister the agency’s success stories and challenges, reiterating the agency’s readiness to keep the country clean.

He said that NOSDRA had developed an online oil spillage monitoring platform for effective management.

“The platform is www.oilspillmonitor.ng to record response activities as well as make same accessible to the public,’’ he said.

Paris Club Funds: FG Must Act In The Interest of Ordinary... 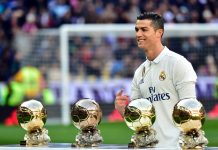 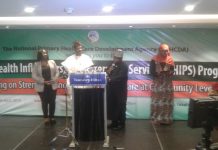 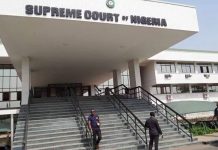 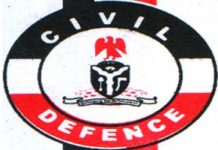 Group to partner UN to reduce emission in Nigeria