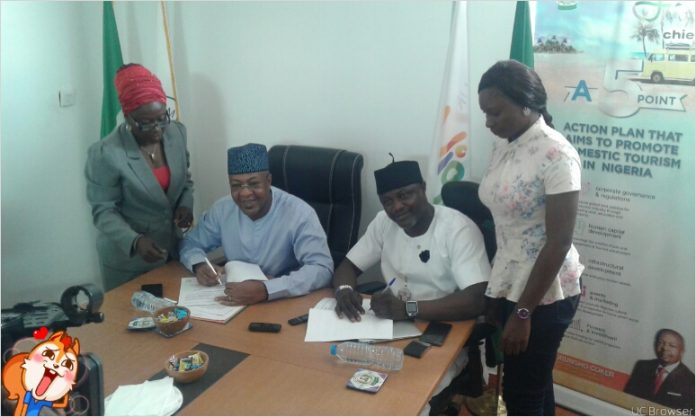 In furtherance of its efforts to drive government’s thrive towards promoting tourism within and outside the country, the Nigerian Tourism Development Corporation (NTDC) have signed a Memorandum of Understanding MOU with the world largest online outfit Wikimedia, to promote and market Nigerian culture, sites, heritage, as well as creating awareness for tourism brand destinations and investments.

Corporation’s Director General Mr. Folorunso Coker during the Signing of MoU in his office in Abuja on Wednesday maintained that the partnership would go a long way in reverse the negative conversation about Nigerian tourism, galvanize commercial tourism, promote our diverse multicultural heritage, innovate new channel of tourism markets, whilst promoting Nigeria in a positive light and shaping a positive perception of its citizens.

Wikipedia is an affiliate of Wikipedia, based in SanFranscico, United States. It is an online non-profit organisation engaged in acquiring and archiving limitless information for online dissemination, with almost three billion views per week.

According to him, this partnership will help attract finance and investments to the tourism brand and the destinations.

“It will also engage the Nigerian youths in the Wiki Loves Earth (WLE) Photography Contest.

“It will result in transfer and improvement in the technological know-how of staff from the assignment of an ‘In Residence Wikipedian’ to work with NTDC staff on a temporary basis to ensure that NTDC’s Wikipedia page is routinely updated with available, reliable and verifiable materials.”

Speaking on the responsibilities of the Corporation to Wikipedia for the partnership, Mr, Coker said: “We endorse Wikimedia Nigeria (an affiliate of Wikipedia) and particularly, would help promote the Wiki Loves Earth (WLE) online information platform for use as a domestic tourism promotion tool in Nigeria.

“The Corporation will also assist authorised Wikimedia photographers gain access where possible to tourism sites for photo shoots. While we would as well facilitate and aid the promotion of the Wiki Loves Earth (WLE) platform in Nigeria, and provide Wikimedia with content on tourism sites and festivals.”

Wiki Loves Earth (WLE) is an annual global photographic competition, held in May. It is organised by the Wikipedia Community Members with the help of local Wikimedia affiliates across the globe. The competition, introduced to Nigeria in June 2018, highlights the conservation areas of the participating countries to encourage people to capture pictures of the sights, and to put them under a free licence which can be re-used everywhere by anyone.

The NTDC boss however, reiterated the need for tourism stakeholders in the country to see Tourism as a big business, which according to him, has three components – Transportation, Hospitality and entertainment.

It will be recalled that Corporation had launched a new brand ‘Tour Nigeria’ with a view to drive domestic tourism in the country when she equally rolled out a 5- Point Action Plan, code named: ‘CHIEF’, to innovate and improve service delivery in critical sectors of the industry.

Mr. Coker therefore, appealed to “everyone in the tourism value chain at the federal, state, local governments and the private sector to work together and be ready to drive the market.

In his remarks, the Wikimedia Nigeria President, Olaniyan Olushola, said yhe mandates is to give visibility to the majority of tourist sites in Nigeria, using Wikipedia as the platform to increase, improve and demystify existing bias in the global community about Nigeria.

“This would be achieved by working with the Corporation to organize a nationwide photographic contest with a focus on natural places, 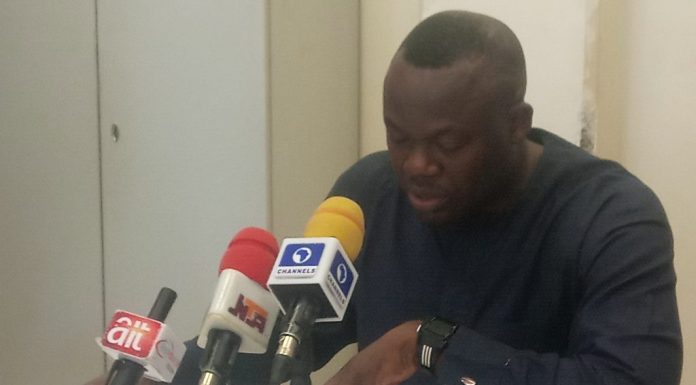