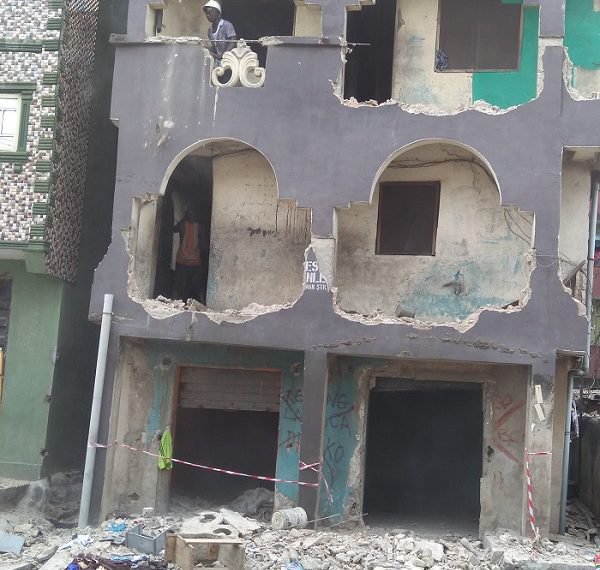 Over 180 buildings for demolition in Lagos Island

Over 180 defective houses on the Lagos Island have been identified for demolition, Lagos State Building Control Agency (LABSCA) sources have confided.

The buildings, it was learnt, are not only defective but failed structural and physical integrity tests.

20 of them, our correspondent can confirm authoritatively, will be pulled down on Friday by LABSCA caterpillars already mobilised to sites.

Men of the agency’s task force are pulling down a three- storey building on 60A Freeman Street, Epetedo, area.

Today’s demolition exercise is not unconnected with Tuesday’s incident around the same area where a four- storey building collapsed, killing over 10 pupils and leaving scores injured.