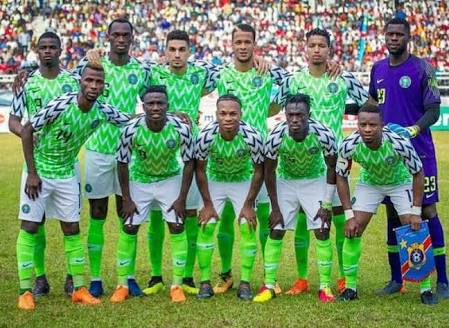 Super Eagles’ Technical Adviser Gernot Rohr has revealed that one of the Flying Eagles players would be invited in to the Eagles team for the last Group game of AFCON 2019 game against Seychelles and international friendly against the Pharaohs of Egypt in Asaba, Delta State come March 23rd and March 26th this year.

Rohr has who refused to reveal the identity of the player who back to the country on Monday  from Niamey, Niger Republic with the flying eagles that was beaten on penalties by south Africa at just concluded U-20 Africa nations Cup.

According to him, I saw some very talented players. One of them will be invited to the next Super Eagles camp.

The Franco-German tactician added that five (5) quality players from the Paul Aigbogun’s team could be drafted to the U-23 national team with their performance at the tournament.

“Others could be invited to the U23 qualifiers against Libya at the end of Match.”