Several passengers are reported to have been injured following a train accident at the Mongoro area of Ikeja, Lagos

One of the train coaches was said to have fallen-off the rail track while in motion, causing another coach to derail, trapping the passengers in them.

Some of the trapped passengers were seen struggling to escape through the windows of the affected coaches.

As at the time of filing this report, no deaths had been reported.

Below are some more photos from the scene.

Behold Faces Of Abandoned Mini-stadia In Abaji, Kuje, Others 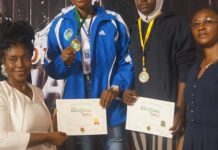 Taekwondo In 2019: Successes, Challenges and 2020 Expectations 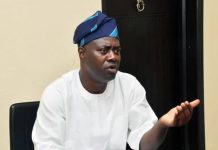