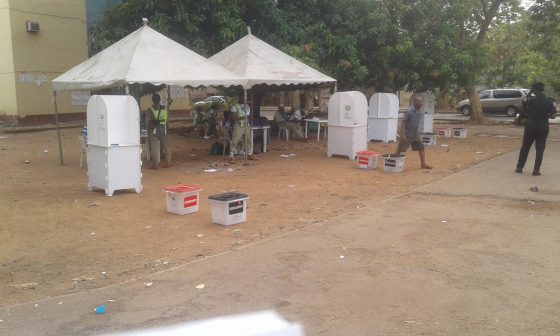 The scenario that surrounds the 2019 FCT council poll is a clear indication that voters in the capital city have completely lost confidence in the Independent National Electoral Commission (INEC) as it commenced with general voters’ apathy as turn-out was relatively nothing to write home about.

It is equally obvious that voters are not interested in any of the candidates contesting for the Federal Capital Territory  Area Council election going in the six Area Councils of the FCT. 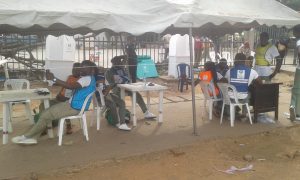 The Garki Area the election was marred with low turnout, likewise in the densely polluted Area 2 in the Municipal Council AMAC, the turnout was also poor while many units are yet to accredit any voters as at 9:45 am in the morning.

It was the same story in at Area 8 as voters refused to come out to vote as people were seen going about their businesses and presiding officers were seen begging resident to come and vote.

Aljazirah Nigeria observed that the ban on vehicle movement by the Nigerian Police did not adhere as there was free movement for anyone who likes to do so. 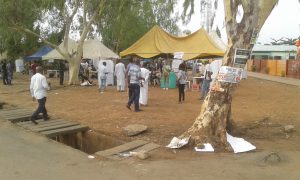 Speaking to a presiding officer in the city centre, Area 2 polling unit 006 Miss Grace Auta revealed: “that we are here since 8: 00 am and up till this present moment we are yet to accredit  up to 20 voters in a unit that has five voting points.”

The Gleamer also observed that many Corps members who suppose to be busy attending to people were chatting, gifting and take pictures as a result of nobody to attend to.