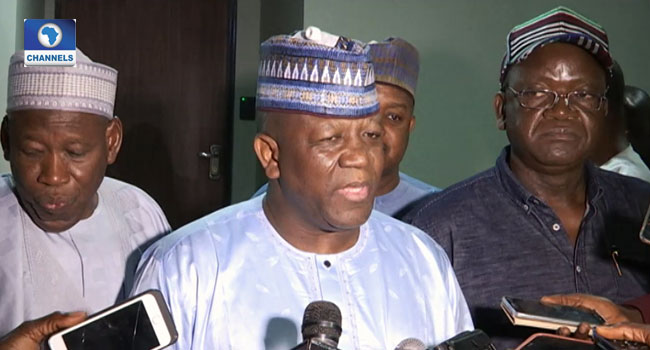 The Nigeria Governors’ Forum (NGF) on Wednesday said they do not have the ability to pay workers a minimum wage of N30,000.
According to them, the N30,000 minimum wage proposal to President
Muhammadu Buhari by the tripartite committee is not feasible.
The governors disclosed this at their emergency meeting in Abuja on Wednesday night. They also asked the Federal Government to accede to the review of the national revenue allocation formula

The chairman of the NGF, who is also the Governor of Zamfara State, Alhaji Abdulaziz Yari told journalists after the meeting that the states lack the capacity to pay the new wage structure.
“We have seen what has been presented to the President by the (Tripartite) Committee. As a member of the committee, our representative there said the committee did not take our submission of N22,500 because it came late.
“I am surprised. How can you do this without the input of the states because the states are the key stakeholders in this business
“So, a situation whereby our report was not taken or considered by the Tripartite Committee, then I don’t know how the committee wants us to work.
“We want to pay, but the issue is the ability to pay.
“If we say no, it is not about the ability to pay, just pay, I don’t know how this formula will work and I don’t know how we can get a solution to the issue,” he said.
Yari, who read the communiqué after the meeting, said that a new committee would be raised to meet with President Muhammadu Buhari over the matter

Nigeria, 53 Other A/Countries Registered For 2019 African Games In Morocco 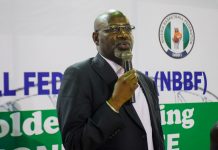 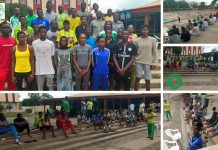 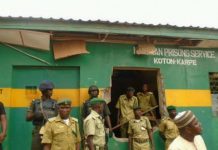