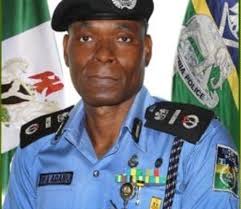 A head of tomorrow’s governorship and state House of Assembly elections,  Mohammed Adamu, acting Inspector-General of Police, has warned intending violators of the electoral process of severe consequences, stating resolve of the security agencies to come down hard on thugs, ballot box snatchers and riggers bent on disrupting the election.

The police chief read the riot act while addressing a meeting of Inter-agency Consultative Committee on Election Security (ICCES), Thursday in Abuja

While noting the largely peaceful conduct of the presidential and National Assembly polls penultimate week, he noted hitches that resulted in needless loss of lives, vowing that perpetrators of such crimes would not have their way this time.

“We sat down with other security agencies and agreed and already put in place an improved security for the next election. So, every Nigerian is encouraged to come out and cast his or her vote on the election day.

“Both domestic and foreign observers are encouraged to come out and observe. This also includes the journalists. INEC staff are also encouraged to perform their duties without fear of any molestation. Electoral materials will be safeguarded.

“It is going to be very very tough for those that disrupted the process last time in some of the states. They will never get the opportunity to disrupt the process again. If you attempt to do that, there will be consequences. It is better for you to stay at home than to come out to disrupt the process. Don’t attempt because we have known your modus operandi, and we are ready for you”, he said.

The National Security Adviser (NSA) represented by Sanusi Galadima also disclosed that the NSA has deployed a large pool of secret personnel across the states to enhance the peaceful conduct of the election, as he commended the security agencies for their dogged commitment to a secured electoral process across the states.

Earlier in his address, Prof. Mahmood Yakubu, INEC Chairman, reminded the security agencies of citizens’ demand for an effective, non-intrusive protection before, during and shortly after the election, even as he warned those that coerce its personnel to declare result in their favour that they will not be issued certificate of return.

Prof. Yakubu while acknowledging the efforts of the security agencies during the concluded presidential and National Assembly polls, regretted the spate of attacks, intimidation of its personnel, some of who were abducted and forced to declare result favourable to their abductors.

While warning that outright subversion of the regulation will not be condoned, he said INEC will not reward bad behaviour by issuing certificates of return to perpetrators of such acts. 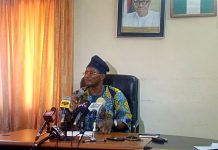 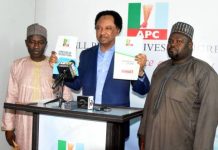 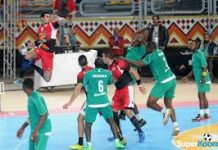