Federal Government said that it has concluded plans to use its hosting right of the 61st edition of the United Nations World Tourism Organisation (UNWTO)/ Commission for Africa (CAF) meeting to showcase the culture and tourism potentials of Lagos and Nigeria in general.

Minister for Information and Culture, Alhaji Lai Mohammed who disclosed this during a courtesy visit to Governor Akinwunmi Ambode at the Lagos House, Alausa in Ikeja, said Lagos would play a significant role in the success of the meeting considering its economic position in Nigeria and also as a foremost tourism city.

He said though the UNWTO/CAF meeting would hold in Abuja from 4th to 6th June 2018, a major part of the event, tagged Technical Visit, would be held at the Eko Atlantic City, adding that the decision to hold the visit in Lagos was strategic and pivotal to the overall success of the programme.

“The choice is not an accident. It is designed to showcase to the world a city that promises to be a tourism haven, with the largest shopping mall in sub-Saharan Africa and a city which also boasts of vast amenities for entertainment, such as food courts, cinemas and playgrounds, an ample parking space and a canal that can be used for water transportation and water sports,” Mohammed said.

He said during the day-long Technical Visit, Governor Ambode would also play host to top executives of the UNWTO, African Tourism Ministers and a select group of local and international media, saying that it would be the major highlight of the meeting and that Lagos was better positioned to host it.

“The meeting will give Nigeria the opportunity to showcase itself to the world especially in the area of its culture and tourism and of course, we have a lot to showcase; our tourism attractions, our rich culture, as well as our music and films which have take the world by storm”.

The Minister said the UNWTO, a leading international organisation for tourism with a global membership of 158 members and over 500 Affiliate members unanimously gave Nigeria the hosting right for the Meeting during its 59th Meeting in Addis Ababa, Ethiopia in April 2017, noting that it was a reflection of the growing positive perception of Nigeria by the international community.

He said the neeting, which has the theme “Tourism Statistics: A Catalyst For Development”, would be attended by mostly delegates drawn from the 51 member states of the Commission for Africa, the Executives of UNWTO, International Organisations, local and international media as well as experts and stakeholders from the public and private sector.

Thanking the Governor for the strong support so far towards the success of the meeting, the Minister commended the move by the State Government to hold a Tourism Summit on Monday, saying that the development was in line with the Federal Government’s quest to make Nigeria a top tourism destination in Africa.

“We will not only be participating at the summit, we will also be making a presentation that showcases Nigeria as the preferred destination for tourists”, he said.

Responding Governor Ambode said the State Government was pleased to support moves by the Federal Government to preserve the rich culture and heritage of the nation, adding that his administration was also working hard to make the State the tourism hub of Africa.

“So, we are in tandem with your vision and aspirations to make sure that we tell Nigerians the way our story was and the way our story is and also be able to tell outsiders who we are and who we want to be. So, for me it’s a no brainer that I need to support you because this is also in line with what we believe strongly that Nigerians ought to do.

“In the last three years, we have tried as much as possible to promote our heritage and also promote our languages. “ 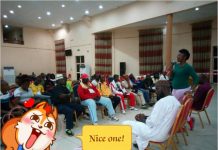 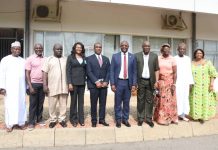 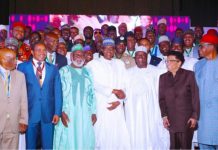 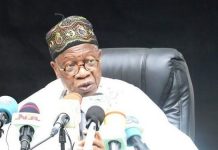