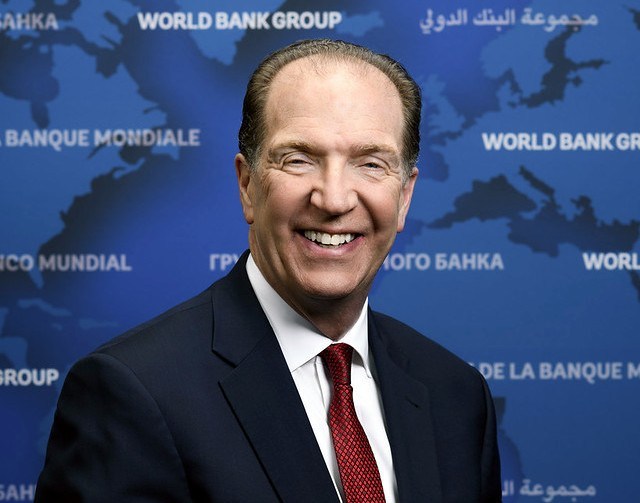 A statement by the group said the Board expressed its deep gratitude to Interim President, Kristalina Georgieva, for her dedication and leadership in recent months.

The executive directors followed the selection process agreed in 2011.

The process was then followed by a thorough due diligence and a comprehensive interview of Mr. Malpass by the Executive Directors.

The Board said it looked forward to working with Mr. Malpass on the implementation of the Forward Look and the capital package agreement as articulated in the Sustainable Financing for Sustainable Development Paper.

Mr. Malpass previously served as Under Secretary of the Treasury for International Affairs for the United States.

As Under Secretary, Mr. Malpass represented the United States in international settings, including the G-7 and G-20 Deputy Finance Ministerial, World Bank-IMF Spring and Annual Meetings.

He was also represented the US in meetings of the Financial Stability Board, the Organization for Economic Cooperation and Development, and the Overseas Private Investment Corporation

Presidency is not aware of Onnoghen’s Resignation-Femi Adesina