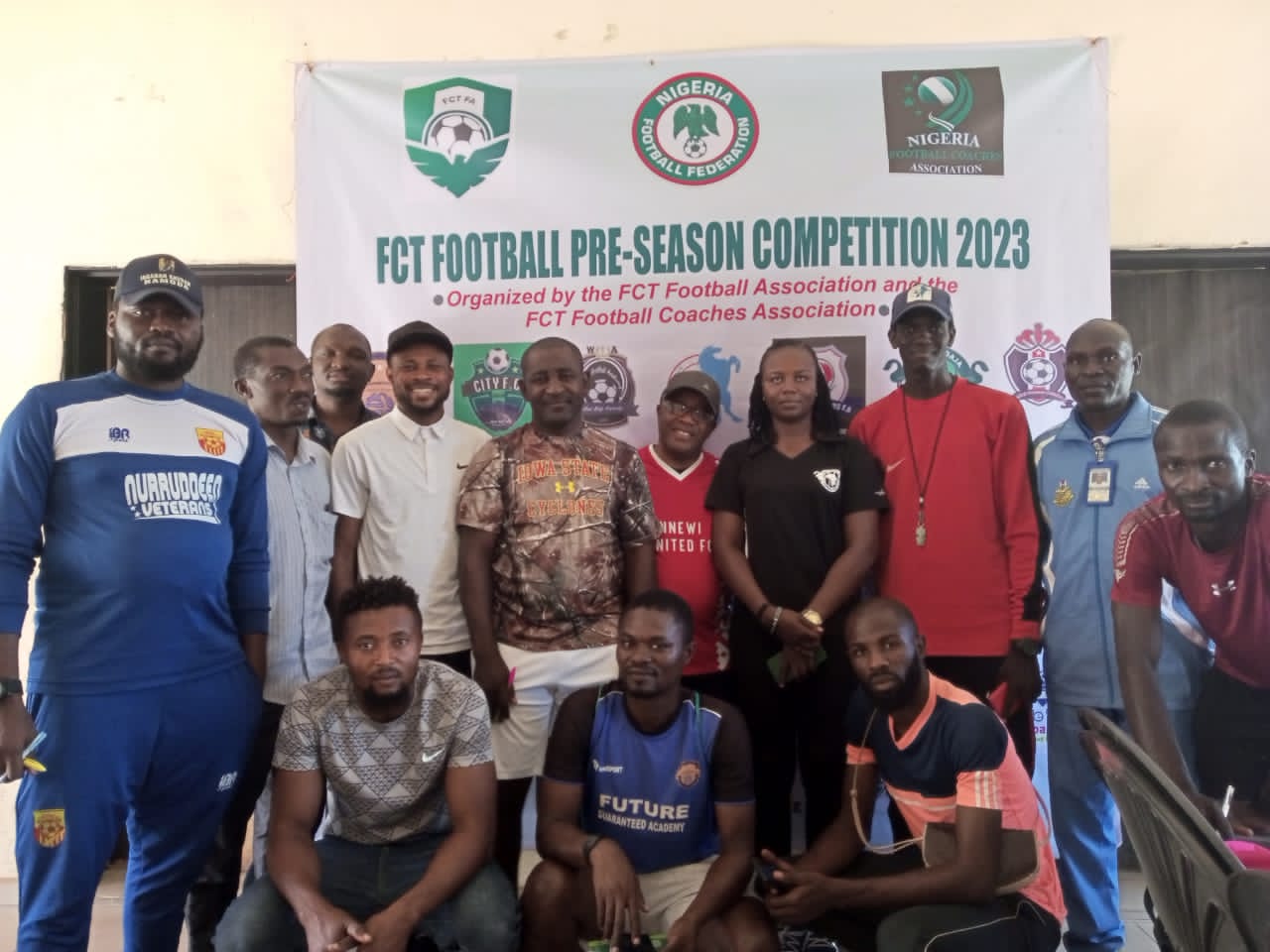 27 teams will vie for honors at the 2023 FCT Football Preseason Tournament.

In the draws held on Wednesday at the FCT FA Secretariat, Area 10 Garki Abuja, the teams were grouped into six groups Group A have the likes of EFCC bsFC, De Royal Stars FC, Future Guaranteed FC, Lugbe United and Federal. Fire Service FC
In Group B NAF FC, Daniel FC, Galadima FC and Nurudeen FC will slug it out