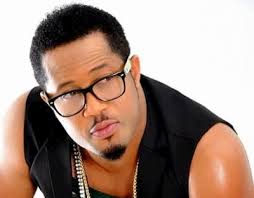 A Federal High Court sitting in Abuja on Monday adjourned to April 7, 2020, the hearing and judgment of the suit between popular Nigerian actor, Mike Ezuruonye and his wife, Nkechi, over who takes custody and maintenance of their children.

The Presiding Judge, Justice Samirah Umar Bature, after hearing on the plea of the complainant’s counsel and that of the defendant adjourned the case, to enable the two parties to reach a better agreement on the matter in question.

According to the Justice, this matter is adjourned till the 7th of April 2020 for the child’s maintenance and custody, it’s about the children and we need to deal with it carefully for the sake of their tomorrow.

“I want the two parties involved to go out and deliberate on the matter to have a stage of balance for the purpose of the kids.”

On his own, the defense counsel, Adedayo Adedeji expressed that his client is ready. “We have written our demands through their lawyer; we are waiting for their response. They are mature, they should all be thinking of a better future for these kids. Our concern is to reach a better agreement.

When asked if divorce is part of the case? Adedayo replied:   “Well, when it comes to issuing of husband and wife, nobody can predict, I can’t say anything about that.”

Ezuruonye who got married to Nkechi in Lagos in 2010 has two children; a girl and a boy filed for divorce with his wife who he had allegedly abandoned abroad for months.

Unreliable reports pegged the reason for divorce to be connected with the allegation that his wife reportedly gave birth to an albino, which the Nigerian actor is denying the responsibility of.