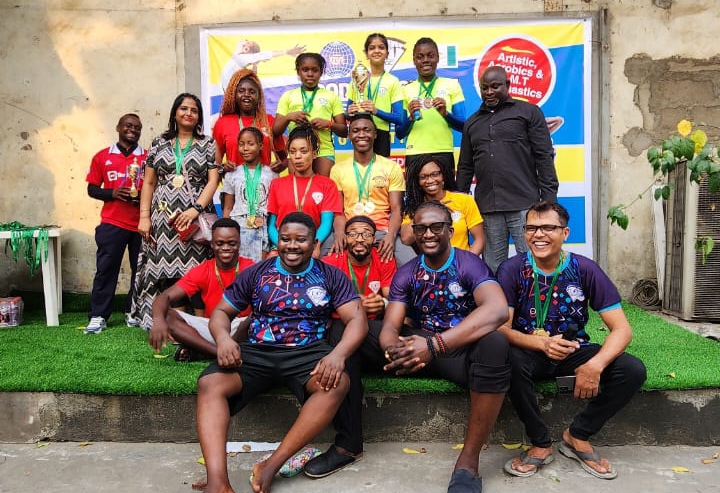 The competition which began on Saturday ended on Sunday.

Not fewer than 98 gymnasts participated in the 3rd edition of the competition held in Ilupeju, Lagos.

Meanwhile, the organiser  and founder of Body language Gymnastics Club, elated Coach Michael Ocheke while speaking with media stated that more of such competition staged to discover young talents gymnasts will continue come up through his organization. Stating that the cash rewards and trophies are to encourage and spur the athletes to do more.

He reiterated the plans to use Body language Gymnastics Club as a platform to discover and develop grassroots talents in gymnastics across the country.

“Raw talents can be discovered in a competition like this and we are committed to doing more of this. This is the Third edition and we are hopeful that it continues every year.

“The essence of the competition was to discover promising young gymnasts who would fly the nation’s flag in future international competitions. And we are already moulding one with some others. Avani Goal at her tender age has won gold medals at the National Youth Games and last two National Sports Festival.

“While others who will represent different states from our club are preparing and ready to beat their contestants to the podium.”

The fourth edition according to coach Michael will come in 2024.