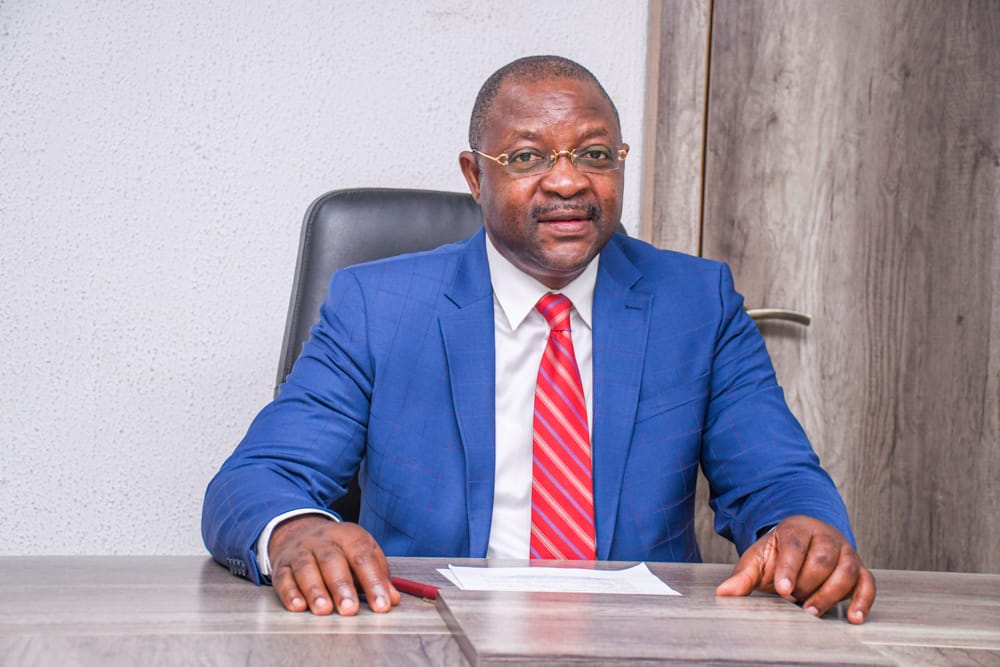 As part of it’s effort to fight the impacts of climate change in the country, Federal Government has launched a youth driven tree-planting project tagged ‘Project 250,000

The Minister of Youth and Sports Development, Sunday Dare disclosed this in Sharm el-Sheikh, Egypt on the sidelines of the ongoing 2022 United Nations Climate Change Conference (COP27).

Dare at the sideline event tagged “Youth and Climate Change” said the project will involve engaging 250,000 youths to plant 250,000 trees across the country in the first phase of the project.

After the evey, he  disclosed that the ministry was doing a lot to empower and get the vibrant Nigerian youths involved in the fight and awareness campaign about climate change.

”The project 250K is the Ministry of Youth Sports Development attempt to make sure that we bring onboard the youth of our country in the climate change action plan.

The goal is to make sure that we are not just planting the trees but the awareness is generated, they plant the trees and also become ambassadors for climate change,” Dare said.

He said that the ministry is working closely with the ministry of environment and other strategic implementation partners in a Public Private Partnership to ensure the project is privately funded.

The minister explained that the Forestry Research Institute of Nigeria (FRIN) is also on board to advice on the best trees to be planted in different parts of the country.

He assured that details of the project will be made public as soon as the strategic engagements are completed.

It will be recalled that the event tagged Nigerian ‘Youth and Climate Change: Harmonization of Nigerian Youth Climate Change efforts and Policy Development’ had officials from the Ministry of Environment, relevant agencies and youth groups.

The side event also provided platform for the ministry to build synergy with the various youth groups who have been working in silos, as the ministry seeks a comprehensive youth policy on climate change.

By woman, has raised alarm over the persecution of her sister Mrs. Sarah Oluwakemi Amawu-Charles on her stance against the circumcision of her twin daughters by Evbuobonosa community  in Orhionwon Local government area of Edo state,

Speaking with our Correspondent on phone, Mrs. Olaiya Olutimenyi lamented how the community has caused the family of Mrs. Amawu-Charles untold hardship as she resists compliance with the act of Female Genital Mutilation (FGM) which is a common rite of passage for female children in the community.

According to her, the search for safety has caused her sister to flee and stay away from the community with her daughters and a son for a safe haven thereby causing a separation and anguish for the entire family.

Narrating the ordeal facing her sister, she said that at the birth of the twins, it was expected by tradition that the two girls must be circumcised but the mother in agreement with the husband refused to bow to the traditional rite of passage which they considered to be a health hazard for girls.

“Although the family had a reprieve for a while, the community was relentless in their demand and when the girls turned ten, the pressure became unbearable for the family and they had to flee  and stay away to save their lives.” Mrs. Olutimenyi said.

Continuing, Mrs. Olutimenyi said that their family is experiencing severe challenges of living happily as one because of the stress caused by the separation of members.

Explaining that it is difficult for her to understand why such a barbaric, inhuman and harmful traditional practices are still promoted, Mrs. Olutimenyi said she feels that so many traditional institutions are not listening to the campaign to stop FGM.

Emphasisng that she is speaking in pains of someone who is experiencing the hazards of separation, she said she is calling for help from all who can offer it to ensure that the family can know the peace it has hitherto enjoyed.

“I know that a lot of communities find the transition from old practices very difficult. I can see that there is more work to be done in seeing to the safety of the girl child in this community where the belief of Mrs. Amawu-Charles has made her to be considered a strange woman and her life being endangered. But I am confident that there will come a time when this belief in FGM will become an issue in the dustbin of culture.

Then girls and their families who opposed the practice will find peace to live together.” She said.