A Non- Governmental Organization, NGO the Support Nest Initiatives has sensitized the Students of Command Day Secondary School, in Abuja on the danger of Drug and Substance abuse in order to curb the rising menace in the Society.

The Director, Support Nest Initiative, Bukola Ugbuji in an interview with journalists during the sensitization in Abuja,  programme lamented that the increasing rate of drug abuse in the society is alarming which needs urgent attention.

She explained that the programme is aimed towards curbing the act of drug abuse among peer groups through educating the students on the danger and effect of drug abuse.

‘’So, the support nest initiative decided to organize a sensitization at the command day secondary school, in Abuja and the purpose of the sensitization is that we are aware that drugs and substance is a problem that the chairman of NDLEA called it an Epidemic.

‘’So we thought it necessary to reach out to the secondary school students to start to sensitize them about the issue  around drug and substance use and abuse and basically what we are looking at is how to prevent substance use .

‘’Our Organization focus is on the military and the paramilitary, the serving personnel and their families. Our message is simple, we dare to say no, say no drug, and say no to drug abuse. My advice is to say no, even when your peers come to you and force you to, just say no to it.

Also, Superintendent of Narcotics,  Owonubi Gbenga of the Drug demand reduction directorate, National Drug Law Enforcement Agency, NDLEA during his presentation said  that drug means any chemical substance either natural or synthetic which when taken into the body by whichever means, alters its functions physically/or psychologically.

According to him, drug abuse means there is excessive use of socially acceptable drugs, like alcohol, cigarettes, kola-nuts, coffee etc.

He said that Alcohol is the most widely and commonly abused substance among youths, adding that alcohol is both a depressant and a stimulant affecting the central nervous system (CNS).

He noted that signs of drug abuse are possession of drug paraphernalia such as pipes, rolling paper, small decongestant bottle, possession of drugs, drug plants or butts, seeds or leaves in ashtrays or clothing pockets, odor of drugs, smell of incense or other “cover up” scents, among many others

Speaking on some of the consequences of drug abuse, the expert listed damage to the brain and liver, Heart and Lung diseases, Irregular heartbeat, High blood pressure and Hepatitis.

He encourages the students to build self-esteem, to know their positive qualities and depend on them when under peer pressure.

Gbenga enjoined them to equip themselves with information about drugs and drug abuse, avoid people who use drugs and places where drugs are used, encourage friends who have drug problems to seek help, and report drug peddlers to appropriate authorities.

His words, ‘Well, the sensitization is good and we need to do more of it, because the issue of drugs in our society today is becoming something else and all hands must be on desk to fight this scourge called drug abuse.

Also, part of the volunteers of the Organisation, Jummai Manson charged parents to stop being in denial and sensitize their children at home that drugs and substance abuse is real and it can damage life.

She stressed that it is important for youths to understand that taking drugs or substances does not solve anything, noting that there are better ways of coming out of any problem or situation other than drug abuse.

A participant, Adediran Blessing advised that there are some drugs you don’t take excessively and you are going to wait for the prescription before taking them.

Also, One of the students at the sensitization, Joshua Alfred said, ’Drug abuse is a bad substance, because it is injurious to our health. I learnt about the different types of drug abuse we have, so now when the bad substances are, I know them in order to stay away from them. 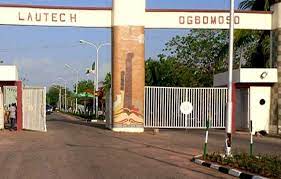 Dare, who is from Ogbomoso and holds the chieftaincy title of AGBAAKIN of Ogbomoso, commended the management of the University for maintaining a high academic standard in spite of daunting challenges, urging them to maintain the tempo.

Apart from being rated the best State University, LAUTECH also finished in fourth place among all Nigerian universities – Federal, State, and Private.

It is one of the several projects of Professor Abubakar Adamu Rasheed, the Executive Secretary of NUC and implemented under the auspices of the NUC Strategy Advisory Committee (STRADVCOM).

The announcement made on Monday and other details are available on nusrankings.ng.