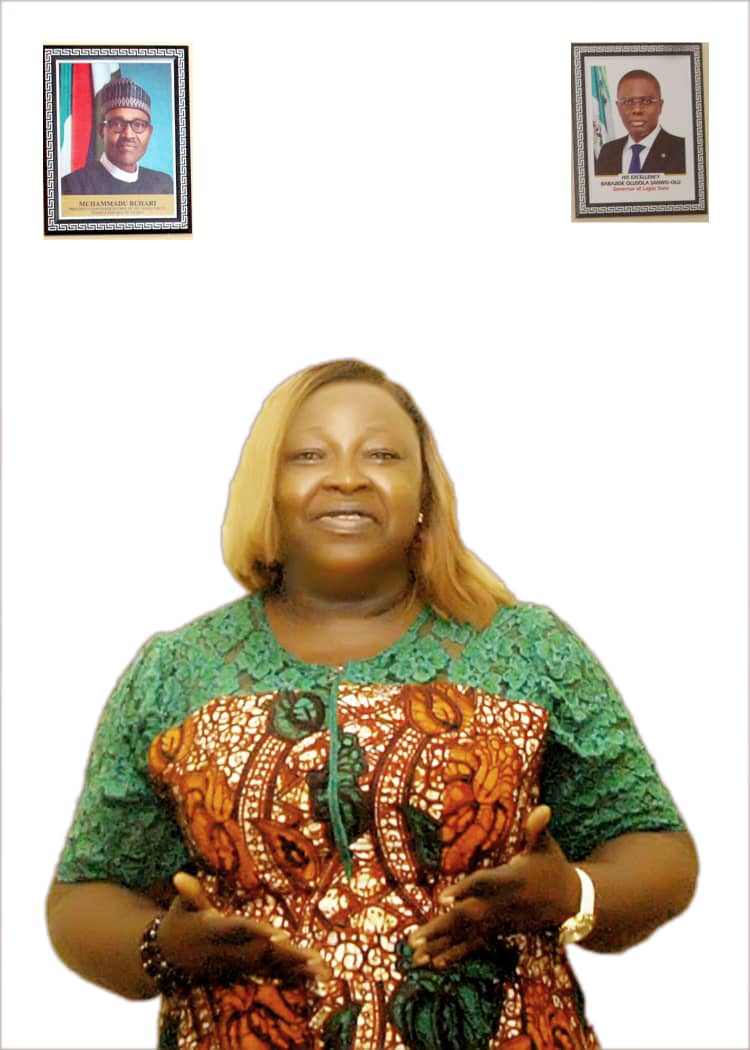 From time immemorial widows will never ceased to be in our society and it is very important to extend helping hands to this set of people.

It is in this light that one woman has taken it upon herself to reach out to widows in Nigeria. The rare gem is the President, Zarephath widows  outreach foundation, Apostle E. E. Oborevwori, ACIPM, SPHRi who is a human resources management consultant by profession.

In an exclusive chat with www.totorinews.com , Apostle  Eunice Emetegirevwe Oborevwori revealed how her journey began into putting smiles on the faces of widows in Nigeria.

According to her she never thought of setting up a widows foundation outreach not until she became a widow herself sometime in 2020 same year she was ordained as an Apostle even though she has been involved in supporting ministers on God and the less privileged in the society.

“Few months after i lost my husband, the Lord kept telling me to give up my luxurious apartments to critical widows in need of accommodation for free, i had no choice but to obey the voice of God and that gave birth to Zarephath widows outreach foundation,” Apostle Oborevwori told www.totorinews.com.

She revealed further that it is not really easy to support widows and the less privileged in the society, but God has been her great pillar of support.

“90% of the programs are solely financed by me. I look forward to getting partners with corporate bodies and wealthy Nigerian individuals to help put smiles on the faces of the less privileged, most especially widows who are very vulnerable in our society,” she said.

“The less privileged and widows in our society needs the support of the local government, state government and the federal government of Nigeria,” she added.

2023 Presidency: I Will Run An All-Inclusive Government, Says Amaechi

Immediate past Minister of Transportation and frontline Presidential aspirant in the ruling All Progressives Congress (APC), Rt Hon. Chibuike Rotimi Amaechi has assured that he would run an all-inclusive government where everyone would be a stakeholder and contribute to nation building, if he clinches his party’s ticket and wins in the general election.

The former Transportation Minister made the remarks during a consultative visit to the Kogi State Governor Alhaji Yahaya Bello and delegates of the party at the Government House Lokoja, Friday.

Amaechi who lauded Governor Bello for his ambition to be President in his fourties, however said he(Amaechi) is the most experienced of all the aspirants, strong enough to defeat the Peoples Democratic Party(PDP) in the general elections.

“This is the 28th state that I have visited in the course of my consultations. I’m not one of the aspirants, I am the leading aspirant in the party.
Again, I welcome my friend Gov. Bello who wants to run, he is a young man, he is entitled to run for the office of the President but I have more experience in governance and leadership roles than him.

“I will carry everybody along. To appoint the Minister coming from Kogi, I will come to you people and allow you to nominate whom you want. The reason for that, is to get everybody involved so that you can approach your Minister and your Minister will know that he is responsible to you.

“Pls don’t vote for anybody else, vote for me. As Speaker, I was Chairman of Speakers’ Forum, as Governor, I was the Chairman of Governors’ Forum twice, as DG of President Buhari Campaign, I managed everybody, I managed the campaign, that’s experience. And at the end of the day, we elected President Buhari. The first time in Nigeria that we removed an incumbent government. So we were determined as we are determined now”, he said.

Responding, Governor Bello who was represented by his Deputy, Chief Dr. Edward Onoja, welcomed his co-aspirant, saying,” Your Excellency, I was very elated when on the day of your Thanksgiving/ declaration you physically showed your strength and stamina by running round the field. No doubt, the next President of Nigeria will come to the table with physical and mental strength. We believe that God will give Nigeria the best product that can secure, unite and foster peace in the country. We appreciate that you even remembered to come to Kogi State. To have gone round 28 States, it shows stamina, it shows strength. Wewish you well,” he said.