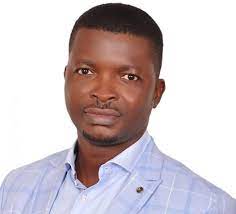 Highlighting the dangers, NASR revealed that Nigerians spend an estimated $4.

The Technical Advisor of NASR, Dr Laz Ude Eze, who made this known in a webinar held with journalists, stressed that Nigeria is the 4th highest soft drink-consuming country globally with over 38 million litres of soft drink yearly in the country.

According to him, notes that over the past few decades, a rapid increase in sugar-sweetened beverages, particularly carbonated soft drinks consumption, has grown parallel with the development of an obesity epidemic in many countries of the world.

“Be aware that Nigeria has the fourth highest consumption rates of sugar-sweetened beverages (soft drinks) globally; owing to their accessibility and affordability, soft drinks have become a natural choice for many Nigerians;

“The temporal patterns in the increasing consumption of these sugar-sweetened beverages (SSBs), particularly carbonated soft drinks, have paralleled the rise in the prevalence of obesity and overweight; Concerned that children are given sugary drinks with meals every day, shifting their preferences from healthier choices; the excessive consumption of sugary drinks can increase the likelihood of developing non-communicable diseases (NCDs) like diabetes, high blood pressure, and some cancers.

“Worried that over 4 million Nigerians suffer from diabetes, the number is expected to rise as many Nigerians cannot afford the high cost of treatment which is estimated at between $3.5bn to $4.5bn per annum; lost hours of productivity result in direct and indirect economic costs to the government.”

“NASR Further worried that ‘Healthy drinks/food’ fruit snacks are loaded with sugars containing the equivalent of 5 teaspoons per serving, 91% of products had no front of label yet all featured claims implying they were ‘healthy’ Also aware that diverse contributors to the Non Communicable Diseases (NCDs) epidemic exist, a sugar-sweetened beverage (SSB) tax policy will tackle the contribution made by easy access and affordability, and has the potential to decrease individual consumption of sugary drinks.

Dr Eze therefore, called on the Federal Ministry of Health to initiate a public treatment of sugar-linked diseases such as type
ensuring that sugar-sweetened beverages carry mandatory.

The Coalition equally called on the Minister of Finance to introduce an exercise duty 20% on sugar-sweetened beverages such as carbonated sugary and energy drinks.

“To ban the use of dishonest packaging claims and make it mandatory for all processed foods and drinks to have warning labels on sugar-sweetened beverages to create consumer’s awareness on the sugar content and health risks.”

PANDEF calls for inauguration of a board for NDDC

NYSC Founder Gowon, Other Insist On Continuity Of The Scheme For National Development