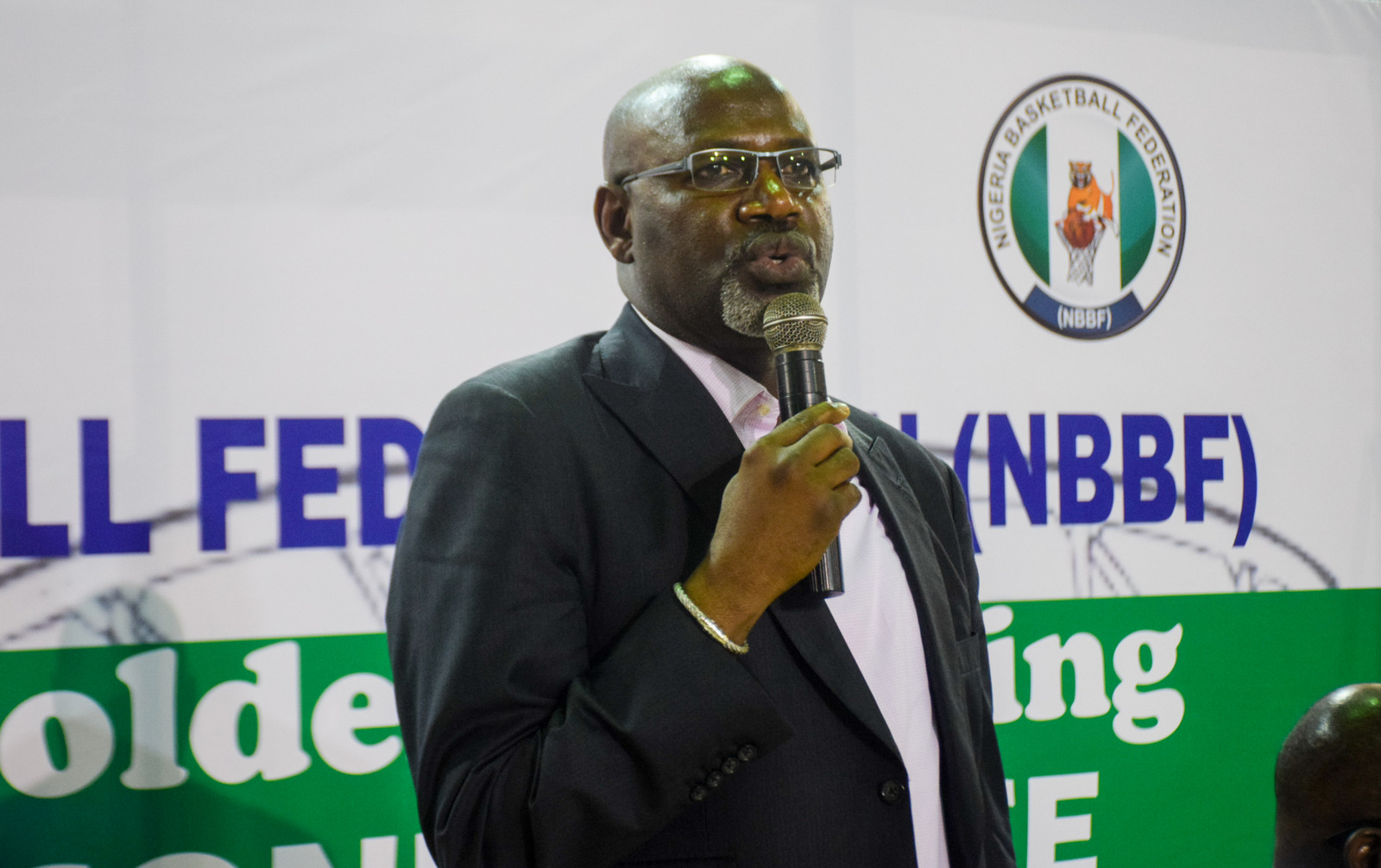 The elective congress of the nation’s basketball governing body, NBBF billed for January 31 may run into fresh murky waters over venue.

In a letter to the FIBA, Ministry and all the stakholders dated 18th of January 2022, the Musa Kida led NBBF leadership is insisting on the initial venue of Benin, the Edo state capital

While the sports ministry prefers the Congress holding in Abuja, A competent NBBF source disclosed that a letter has been dispatched to the world body, FIBA urging it to endorse Benin as venue of the elective congress instead of Abuja.

“We are waiting to hear from FIBA over the venue.

NBBF Congress in line with the constitution settled for Benin as venue of its elective Congress, so for anybody to unilaterally shift the venue is unacceptable. This is why we have written FIBA to intimate them that on Benin we stand,” our source disclosed.

It would be noted that the NBBF elective Congress which was initially billed to hold October last year was stopped no thanks to the crisis rocking the sport.

According  to the statement; “I am in receipt of your letter Ref: NBBF/CESG.83/2022/Vol.I/128 dated 17th January 2022, which notified me of the NBBF Elective Congress which was scheduled initially to take place on the 30th October 2021.

In the letter, you referred to Recommendations of the Reconciliation Committee set up by the government which purports that the NBBF Elective Congress will take place in Abuja on 31st January 2022, towards ensuring security and safety of Delegates.

In as much as I believe that you have no such powers to talk on behalf of the Federal Government or indeed the Honorable Minister of Youth and Sports Development for this type of decision, it is clear that the committee did urge the FMYSD to resume quickly the electoral process already started by the NBBF on the 9 th October NBBF Extraordinary Congress, but it did not discuss or recommend any change of the venue of the elective congress due to any safety nor security concerns, as the committee fully understood that it’s the sole right and responsibility of the NBBF Congress in the 2019 constitution that it had exercised on the 9th October Extraordinary Congress.

Furthermore, any notion of venue modification is at complete variance with the widely circulated terms of reference setting up this committee. As a Secretary General of the Federation, and having followed the process, you should know that the NBBF Election can only be held in line with the NBBF Constitution (Statutes) as approved by FIBA and endorsed by the FMY&S and the NOC, which is sacrosanct and in your custody.

The attached Declaration by the Honorable Minister of Youth & Sports, dated 30th September 2021, is very clear and unambiguous to this effect. I also wish to draw your attention to the following facts regarding the NBBF Elective Congress, in tandem with the NBBF Constitution:

d. The Extra Ordinary Congress of 28th October 2021, bestowed on the NBBF President the authority to reconvene the Elective Congress, once the FMY&SD is satisfied and gives the go ahead for the Congress to hold, which we believe has been done, as deduced from your letter under reference dated 17th January 2022.

However, note that the 2019 NBBF approved Constitution only recognizes the President of the Federation as the only person that can call for a Congress. Recall in my letter of 26th October 2021 to you, where I reminded of my existing mandate of a duly elected president of the NBBF.

In this respect, therefore, I have initiated the call for the Elective Congress in line with the powers vested in me, as contained in the 2019 approved Constitution, and to further affirmed the mandate given to me by the Congress of 28th October 2021, to meet on the 31st January 2022. I observe that you have contacted constitutionally unrecognized delegates in your emails.

Take note that only bonafide delegates emanating from the existing attendance registers of our past 2 Extraordinary meetings or, NBBF duly notified and officialized representations as at today shall be allowed to attend the elective Congress. Your letter further stated that the Elective Congress is to hold at the National Stadium, Package “A”, Abuja, the same venue where you said the other 29 National Sports Federations (NSFs) held theirs in September 2021, aimed at ensuring “Safety and Security of Delegates”.

This position is also contrary to the provisions of the NBBF Constitution which gives only the Congress the sole power to approve the setting up of Electoral and Appeals Committees and Venue for the Elective Congress, which it did at the Extra Ordinary Congress of 9th October 2021, in which you were in full attendance where the FMYSD had to issue a warning statement as attached, to warn stakeholders of credible intelligence of planned security breaches including smearing the Ministry. Also, the NBBF is not bound to hold its Elective Congress at the same venue with other NSFs just because they had theirs there.

You will recall, once again that the FMY&S listed the NBBF as one of 6 NSFs that were mandated to use their Constitution (statutes) to conduct their own elections. The Congress is very aware of the huge safety and security challenges widely circulated in the public space and social media that the NBBF went through on the 30th October in the same venue you are proposing, for elections of the technical and player reps that left a lot of questions unanswered.

Furthermore, the safety concerns been raised by you to justify moving the Elections to Abuja is an afterthought because the City of Benin, the Edo State Capital is as safe as any State Capital city in Nigeria. Benin, the Edo State capital hosted the National Sports Festival organized by the FMY&SD recently amongst several National events, and it is also the Headquarters of one of the Zonal Offices of the Federal Ministry of Youths & Sports Development.

In a similar vein, the Nigeria Olympic Committee (NOC) hosted its last two Congresses in Yola (2018) and Yenagoa (2021), while the NFF held its last Congress in Asaba, Delta State and Security was never an issue.

I also would want to draw your attention to the fact that expenses had been incurred for flights, hotel accommodation and other logistics in Benin for Members of the Electoral Committee, Appeals Committee, FIBA observer(s) and other related officials associated with the original electoral process, and this logistics cannot be recouped as these expenses cannot be refunded without huge losses wastage.

Be assured that the NBBF Congress held its Extraordinary Congress in Abuja and very mindful of this aspect, and adequate security has been arranged for the elective Congress in Benin, bearing in mind that the NBBF has no powers to over file the decisions of the congress on this matter, except to abide by the decision of its Congress.

Therefore, I have exercised the powers bestowed on me by the NBBF Congress to activate the Electoral Committee to complete their assignment of conducting the NBBF Elective Congress, which will be in line with the 2019 approved NBBF Constitution, and according to their guidelines.

Madam, I have also noticed that you have created your own “NBBF” by removing the name of the President of the NBBF on the NBBF letterhead, as recognized by the constitution, till I hand over to the next Board of the NBBF. These are letterheads used to convey official messages. One wonders how you can expect to be the Secretary General of the NBBF without its President, as provided by the NBBF Constitution. You are hereby requested to stop usurping the powers of NBBF, the President NBBF and the NBBF congress, and revert to the original NBBF Letter – Headed Paper for all official correspondences which must be approved by me as we move forward, until the elective congress is dispensed with.” The statement end 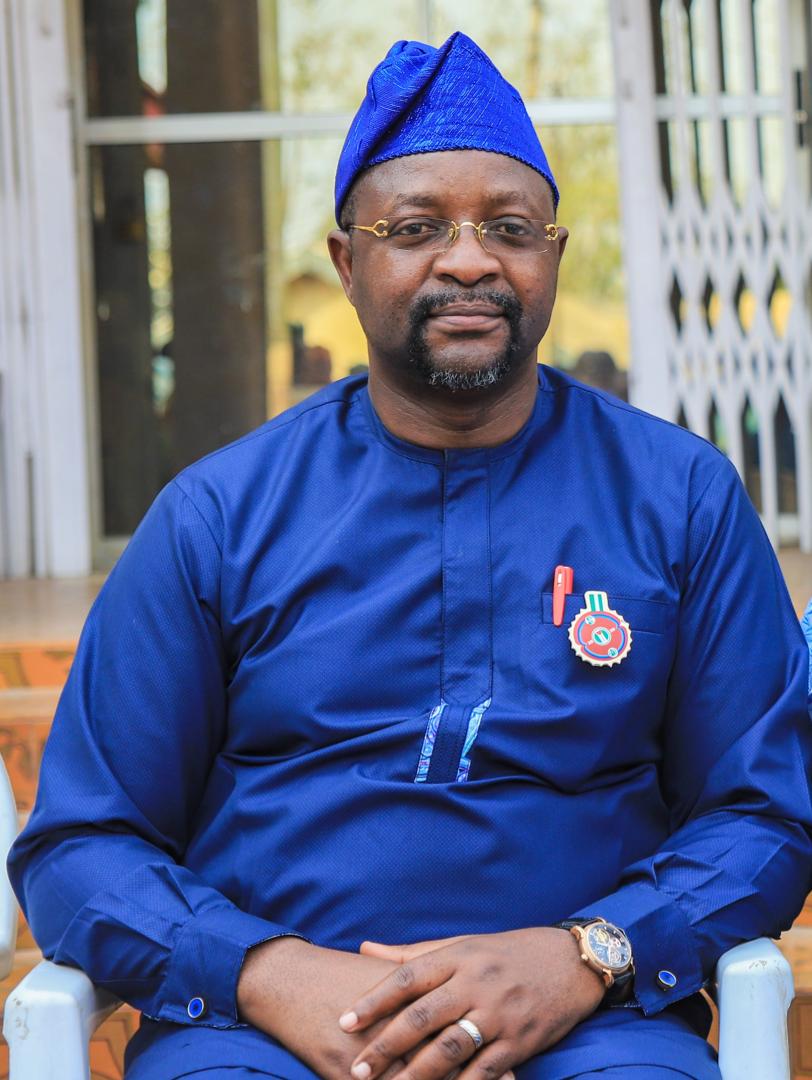 The Federal Ministry of Youth and Sports Development has concluded arrangements to hold the maiden edition of the Nigeria U-18 Basketball Championships in the country, with a view to ensuring more youth participation in sports, especially in the game of basketball.

In a press statement issued by the Director of Press public relations, Mohammed Manga  revealed that

the competition which targets youth at the grassroots will commence with zonal elimination amongst the 36 States of the Federation and FCT between May 27 – 30, 2022 after which winners and first runners-up emerging from the zones will proceed to Abuja for the finals coming up between June 3 and 8, 2022.

The Ministry called on State Governments to ensure active participation of students and youth in the games  so as to build  talent development which will go a long way in curbing youth restiveness in the country.

It commends President Muhammadu Buhari’s administration for its commitment to the development of grassroots sports in the country and assured that it will continue to provide enabling environment for the full implementation of government policies, projects and programmes  in line with the policy thrust of the present administration especially as it relates to youth and sports development.

The Ministry in the coming weeks will role out programs on Grassroots Basketball Development with specific focus on Organisation of Basketball Leagues (both Male and Female, including sponsorship), Development of home based coaches with coaching clinics, with scientific approach to the Game of Basketball, seminars, workshops, development of the Referees in line with international standards, encouragement of Basketball Academy in all nooks and crannies of Nigeria, working with retired Nigerian basketball stars and active professionals, among others.

Government wishes to also restate its commitment to the support and encouragement of Community Basketball Competitions in the country.