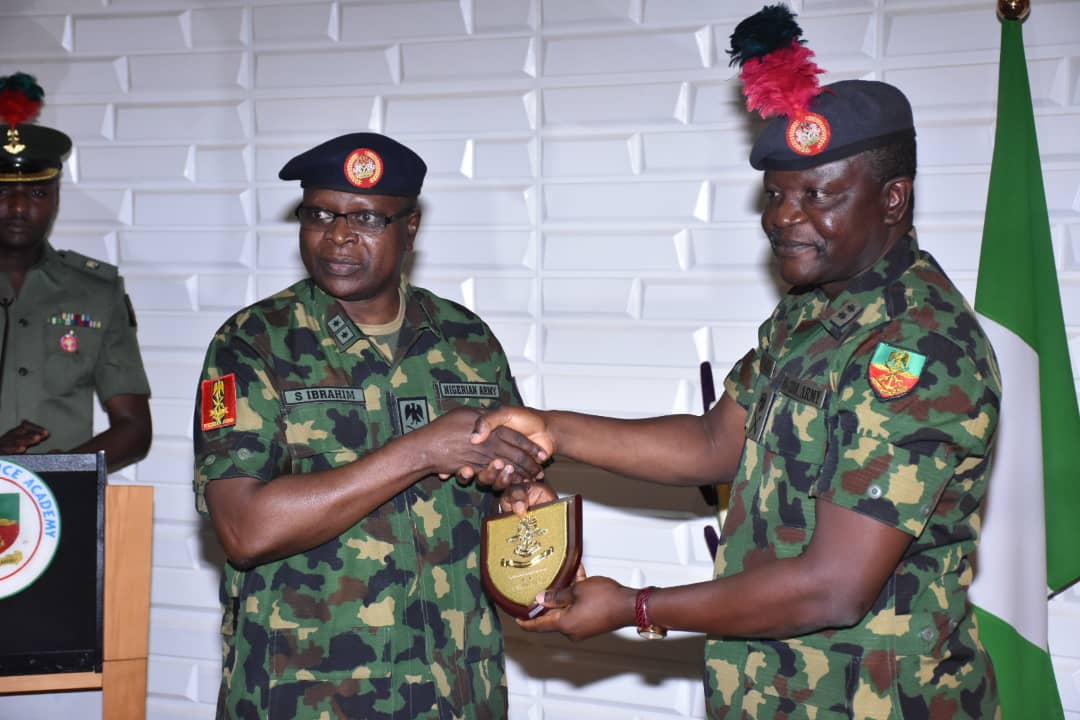 The Commandant of the Nigerian Defence Academy, Major General IM Yusuf, has commended the NYSC Director-General, Major General Shuaibu Ibrahim for his giant strides in the Scheme.

He made the commendation yesterday when he played host to the Director-General, who paid him a courtesy visit in his office.

Describing Ibrahim as a source of pride to the Nigerian Armed Forces, he remarked that his achievements in NYSC were consistent with the qualities of hard work, dedication, selflessness, and dynamism, which he demonstrated in his previous appointments.

General Yusuf recalled the Director-General’s contributions to the success of the NDA, especially as Head of History and War Studies Department as well as TETFUND Desk Officer.

He noted Ibrahim’s leading roles in securing accreditation for courses of the History and War Studies Department, adding: “It was to his credit that NDA hosted a conference of the Historical Society of Nigeria for the first time,” he added.

He said his achievements in NYSC did not come as a surprise given his known standard of performance.

The Commandant congratulated Ibrahim on his promotion to the rank of Major General, describing it as well deserved.

He said the Academy would continue to support the Scheme, especially in the area of Corps Welfare.

Earlier, the Director-General, Major General Shuaibu Ibrahim, thanked the Commandant for the mentorship he enjoyed from him, describing him as a thoroughbred senior officer.

He expressed appreciation of the support NDA had been extending to NYSC, especially as one of the largest Corps employers.

Ibrahim particularly thanked the Commandant for prioritizing the welfare of Corps members, including the provision of accommodation and feeding for them while on transit.

He assured that the Corps Members would continue to put in their best in the service of the fatherland.

In another development, the Director-General has commended Corps Members serving at the Nigerian Defence Academy for being good ambassadors of the Scheme, urging them to sustain the tempo of dedication and contribution to national development.

He advised them to be security-conscious and avoid night travel.

The Director-General also enjoined the Corps Members to use the social media only for the promotion of national unity and development as against hatred and ethnic jingoism.

He advised them to develop vocational and entrepreneurship skills and pursue their dreams with passion.