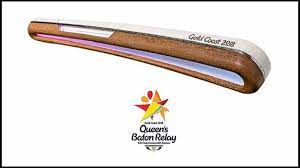 As member nations prepare for the Common Wealth Games, the Queen’s Baton Relay, an iconic event has started with a special event at Buckingham Palace in London as part of the city’s Commonwealth Day festivities.

The Queen’s Baton Relay which is similar to the Olympic Torch is a relay around the world and the Baton carries a message from the Head of the Commonwealth, Queen Elizabeth II.

Nigeria will be the third nation to receive the Queen’s Baton Relay on October 16 after which it will tour 15 other African countries before moving to Asia.

The Baton is expected to travel for 294 days, visiting all 72 nations and territories as well as connecting communities in every corner of the Commonwealth, embracing unique cultures and sharing stories while at the Opening Ceremony of the Games, the final relay runner hands the baton back to the Queen or her representative, who reads the message aloud to officially open the Games.

The Birmingham 2022 Commonwealth Games will be held in the United Kingdom from 28 July to 8 August, 2022.